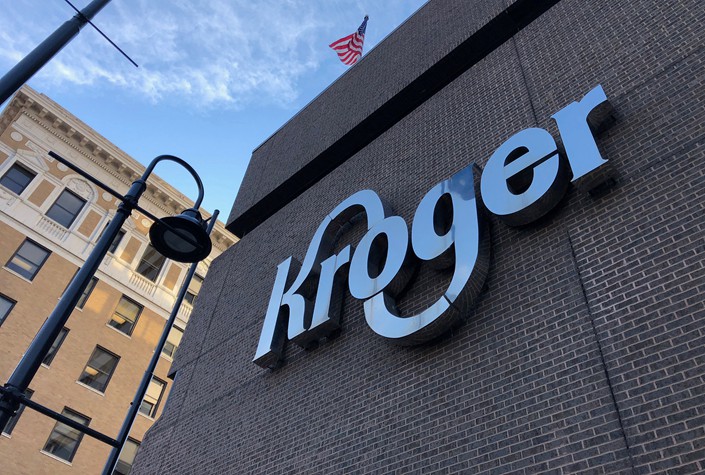 The Kroger Co. is taking its Simple Truth organic and natural brand overseas for the first time, onto a platform run by e-commerce behemoth Alibaba Group Holdings Ltd. as the U.S. supermarket chain banks on rising consumer concern for health and wellness.

The Cincinnati, Ohio-based Kroger will launch a store on the Tmall Global platform, according to an Alibaba statement Tuesday, which described Simple Truth as the U.S.’ largest natural and organic product line.

Kroger, with nearly 2,800 locations in America, was the world’s third-largest retailer with $122.7 billion in sales last year, according to the statement. The grocer five years ago introduced Simple Truth, which sells dietary supplements, beverages and snacks. It has become the second-largest brand sold in Kroger’s stores, posting sales of over $2 billion in its latest fiscal year, the statement read.

“We anticipate Chinese consumers will love our brands — starting with Simple Truth products — just like our American customers do,” Cosset said. “Kroger is proud to continue to lead the way in making natural, organic and free-from products more mainstream and accessible.”

A growing number of China consumers have become more health-conscious after the country faced a series of food safety issues in the past years.

Alibaba’s Tmall platform is China’s largest business-to-consumer marketplace for both Chinese and international brands and retailers. Launched in 2014, Tmall Global is Tmall’s dedicated channel for cross-border e-commerce, allowing brands and retailers without operations in China to build virtual storefronts and ship products into China.

Other well-known international labels that have set up an online presence on JD.com include Saint Laurent, Alexander McQueen, Oscar de la Renta and Mulberry.