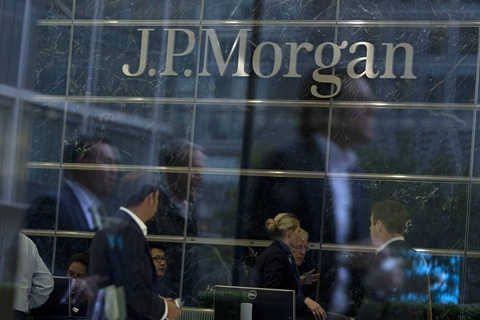 JPMorgan set up its first China venture in 2004. Photo: VCG

JPMorgan Asset Management is riding on Beijing’s opening-up policy for the financial services market as it considers seeking a private fund management license in China.

Desiree Wang, head of China for JPMorgan Asset Management, told Caixin in an interview in Hong Kong on Tuesday that the largest U.S. bank by assets aims to expand its asset management businesses in China.

The plan confirmed JPMorgan CEO Jamie Dimon’s pledge during last month’s earnings conference that the bank “wants to do what it does in the U.S. in China.”

JPMorgan has already started to build up its presence in China and boost the head count of its China-focused business.

The U.S. bank said in May that it has applied to China’s securities regulator to establish a new securities company in which it would hold a 51% stake, and that the stake would increase to 100% as allowed by law over the next few years.

The bank’s asset and wealth management unit is also seeking to increase its current joint venture stake in China International Fund Management Co. Ltd. (CIFM) to a majority interest, after Beijing relaxed its controls over foreign ownership of securities firms in March.

The new rules will increase the ceiling of foreign ownership in Chinese securities firms to 51% from the current 49%. The 51% cap will be removed three years after the new rules take effect.

Wang didn’t disclose a detailed plan to increase its stake in the joint venture, citing “many uncontrollable factors, including negotiations with partners and regulatory support.”

The Shanghai-based joint venture was established in 2004 with Shanghai International Trust Co. Ltd., a subsidiary of Shanghai Pudong Development Bank, which currently owns a 51% stake. CIFM has a license to offer mutual funds to retail investors in China.

Wang disclosed that the asset manager wishes to participate more significantly in the pensions and retirement market with CIFM.

According the CSRC, CIFM has submitted the application for three pension funds.

This story corrects a previous version to show that JPMorgan Asset Management is considering seeking a private fund management license.