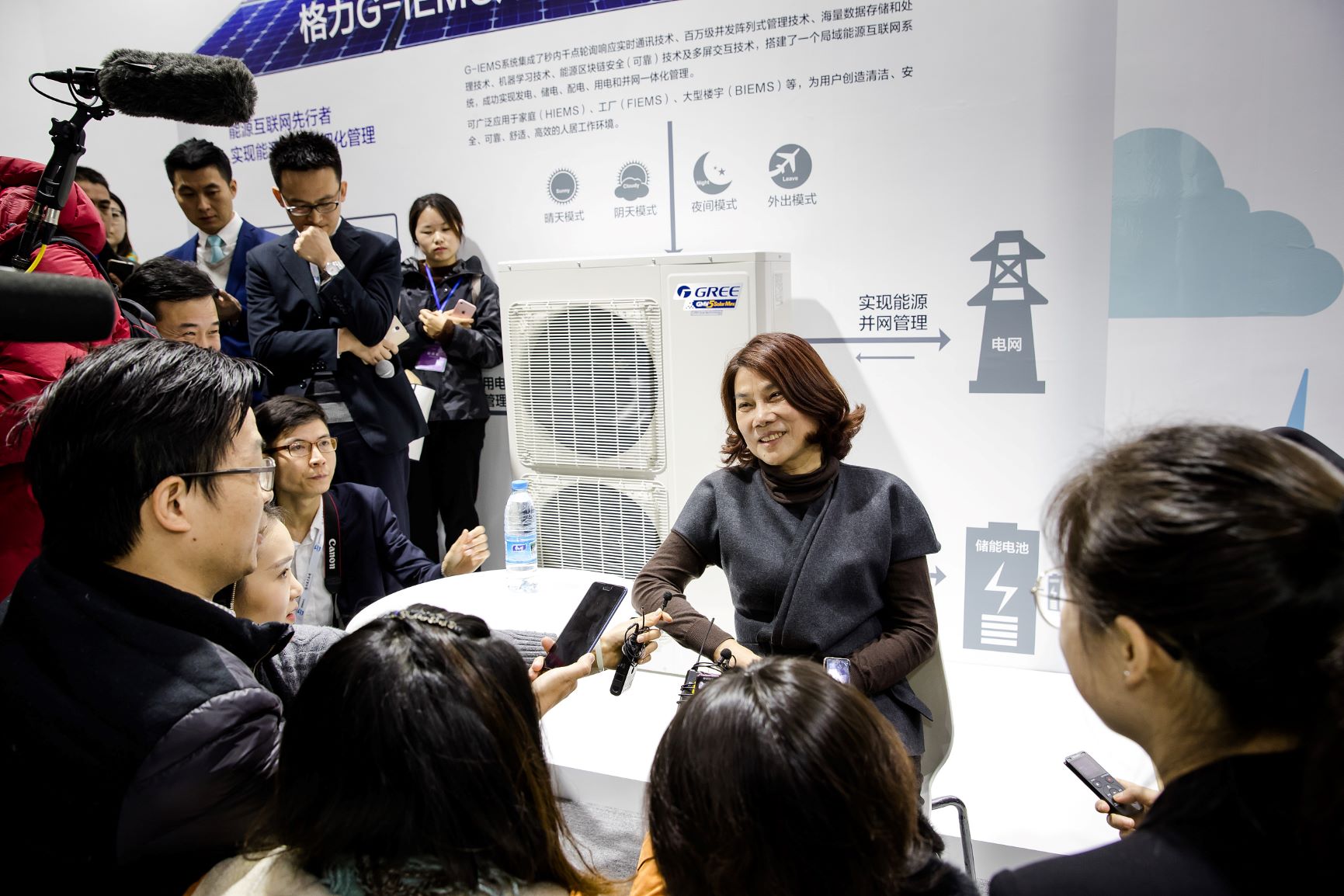 Gree President Dong Mingzhu speaks to the media at an industry summit in Nanjing in December 2017. Photo: VCG

(Beijing) — Market watchers have cast doubts on the feasibility of an air conditioner giant’s ambition to develop its own microchips and achieve supply chain self-sufficiency, citing its inexperience and the sky-high costs.

Gree Electric Appliances Inc. has set up a new company to research and develop chips for its air conditioners, Wang Jingdong, a vice president of Gree, told Caixin on Wednesday. Wang said that there is no set timeline for the development of microchips.

The new venture, Zhuhai Lingbianjie, was set up on Aug. 14 with 1 billion yuan ($145 million) of registered capital and Gree as the sole shareholder. It will be involved in the production of chips, semiconductors and electronics, according to Qichacha (link in Chinese), a company data provider.

The establishment of the new company is part of a 50 billion yuan project for Gree to develop its own chips within the next three years, Gree President Dong Mingzhu said in May. That announcement came amid widespread calls for China to develop its domestic chip industry after Washington banned U.S. chip companies from supplying Chinese telecom equipment-maker ZTE Corp. The ban, which has since been lifted, was a wake-up call, highlighting the fact that China’s tech industry is still largely reliant on technologies manufactured overseas.

In June, Dong reaffirmed at a shareholders’ conference that Gree aims to supply all of its air conditioners with self-developed chips by the end of next year. Gree spends around 4 billion yuan a year on chips, most of which it buys from foreign companies, according to Wang.

Market-watchers, however, have expressed doubts. While Gree has extensive experience developing and manufacturing air conditioners, it has very little knowledge about researching and developing chips, said Liu Buchen, an analyst who specializes in domestic appliances. “There is a question mark over whether the massive amount of money it is investing will yield a result.” he said.

Zhu Jianghong, who served as the company’s president from 2001 to 2012, also expressed concerns. “I am not very confident about it,” he said publicly in June, adding that Gree lacked of necessary know-how and employees.