By Coco Feng and Denise Jia 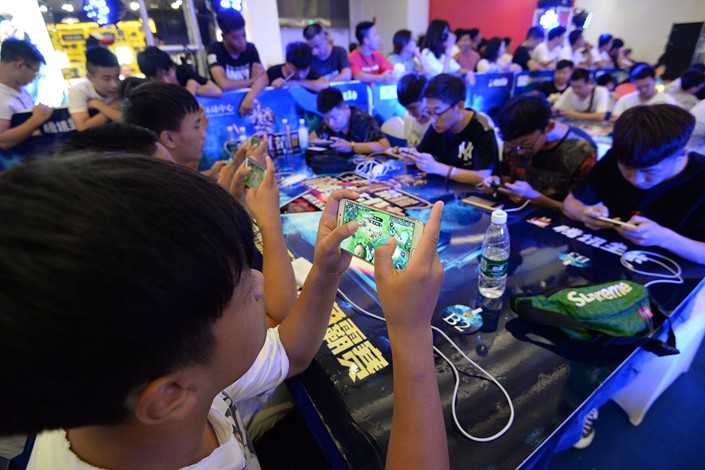 The fast-growing video-game industry in China could see an accelerated consolidation after one of the harshest policy changes in years was announced to cap the number of online games, analysts said.

The comments came as China’s General Administration of Press and Publications announced late Thursday it will control the total number of online video games and new titles in operation, explore establishing an age-reminder system, and take measures to restrict the amount of time that minors spend on the games.

The measures aim to address the worsening eyesight among the country’s young people who are addicted to video games, cellphones and other electronic devices, the statement said. It said the rules had been approved by the State Council, China’s cabinet, and have taken effect, without saying when.

The move followed the freeze of new-game approvals in the world’s largest video-game market since March. Tencent Holdings Ltd. was banned this month from selling the blockbuster game “Monster Hunter: World” just five days after its release due to a large number of complaints about its content. The gaming giant currently has several other titles pending official approval.

Developing regions like Southeast Asia and India will be an option, he told Caixin, as their game-market sizes and user numbers are growing fast, and the local game companies do not hold a dominant position.

Chen said foreign markets focus on both game contents and advertising, while Chinese companies mostly deal with distribution channels in their homeland. In addition, domestic companies have a severe shortage of talent who have mastered foreign-market know-how, he said.

The e-sports board, including 15 gaming-related companies listed on the Chinese mainland tracked by information provider Wind, declined more than 2.5% on Friday.

Yang Ge and Jason Tan contributed to this report.