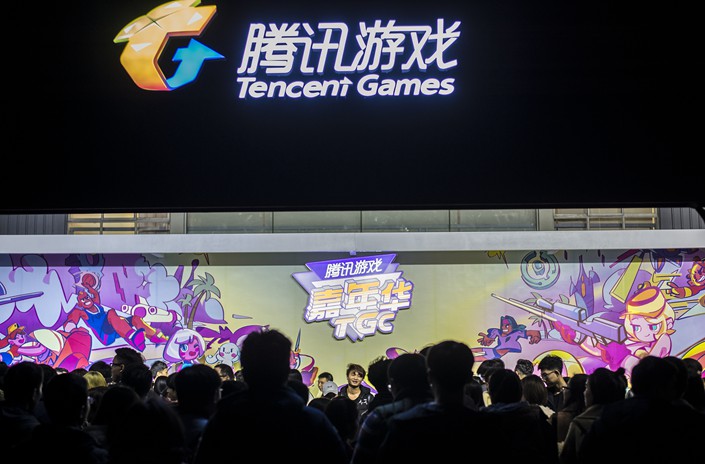 Tencent did not say if or when “Monster Hunter: World,” which was developed by Japan’s Capcom, might go back on sale. Photo: VCG

Leading online game operator Tencent Holdings Ltd. has abruptly pulled a popular Japanese-developed title from its platform just days after its release, as the industry struggles under a nearly half-year freeze on approval of all new games.

“Monster Hunter: World” made its China premier on Tencent’s popular WeGame platform on Aug. 8, but was removed just five days later, according to an announcement on the company’s website. It said the title was removed 8 a.m. on Monday, and that anyone who had purchased it already could get refunds without penalty.

“Relevant government regulators received a big volume of complaints after ‘Monster Hunt: World’ was distributed on the WeGame platform, even though some of its content hadn’t completely complied with policies and regulatory requirements,” Tencent wrote in the notice. “In accordance with authorities’ requests, we are removing the game for changes and halting sales.”

Tencent did not provide more details on the nature of the complaints, or if or when the title, which was developed by Japan’s Capcom, might go back on sale.

“WeGame has always done its utmost to discover good games from around the world and bring them to Chinese gamers in a legal and suitable fashion,” Tencent said. “We express our sincere apologies for any influence this has had on gamers. We will strictly observe relevant rules and improve our internal processes to guarantee better compliance in operations.”

The game’s removal comes amid a broader clampdown on video content in China over the past year, especially in the live broadcasting space that has helped to revive the Twitter-like Weibo Corp. The phenomenon has also turbocharged a newer generation of operators like Huya Inc., whose shares have more than doubled in price since it became one of the first live-broadcast specialists to make a New York initial public offering in May.

The online game industry has been undergoing its own clampdown, with no new titles approved since March and no public explanation given on when approvals might resume, according to local industry expert Luke Stapley. China requires government approval for the release of all new game titles, which can sometimes require developers to remove content deemed too violent, suggestive or containing material on politically sensitive topics.

It was not clear if Tencent had gotten approval for the Monster Hunt title before the March freeze. Tencent is China’s clear online game leader, and made headlines last year for its hit title “Honour of Kings,” which was so popular it led to debate about gaming addiction and prompted the company to limit playing time for younger gamers.

“The industry is in trouble as gamers are starting to be more sophisticated and requesting better games. Investors are also leaving as they saw little return in 2015,” Stapley said. “So it’s a very down year this year.”