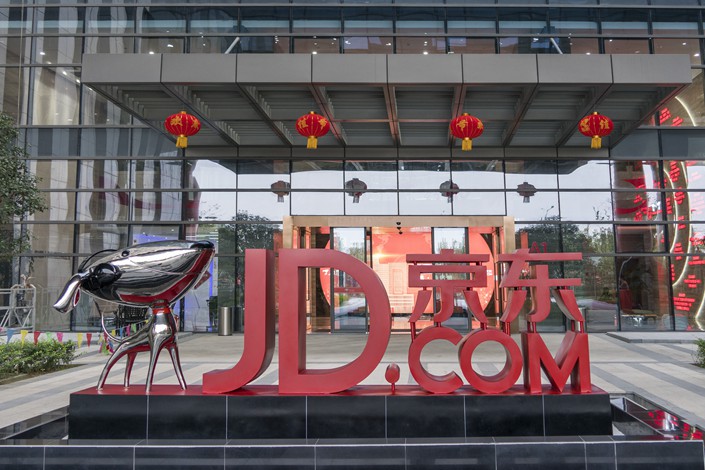 Founded by Richard Liu in 1998, JD.com Inc. has risen rapidly in the last decade to become the lone serious challenger to e-commerce juggernaut Alibaba Group Holding Ltd., beating out the likes of global giant Amazon.com for the spot as China’s No. 2 player. Alibaba controlled about half of China’s vast business-to-consumer e-commerce market last year, consisting of traditional larger retailers selling to online shoppers, while JD.com controlled about a third, according to local data tracking firm Analysys.

Liu has impressed investors in the past with his aggressive but friendly style and savvy marketing strategy, even as he landed in negative headlines over the weekend with his detention in the U.S. amid allegations of sexual misconduct.

But despite his success in stealing market share from Alibaba, his company has had much more difficulty on its bottom line. After going public in 2014 on the Nasdaq Stock Market, JD.com didn’t post its first quarterly profit until the first three months of 2017, and has only posted sporadic profitable quarters since then, usually swinging back into the loss column in between.

JD.com has justified its steady losses by saying it needs to keep spending to keep up with Alibaba and to stay ahead in the ultra-competitive China e-commerce market. The company makes most of its money from a traditional-style model that sees it sell products directly to online shoppers. By comparison, Alibaba makes its money by operating online shopping malls populated by thousands of traditional and mom-and-pop retailers, keeping its overhead lower but also giving it less control over customer service and product quality.

JD.com has also wowed investors with a steady string of strategic alliances with major business partners, both domestic and global. The earliest of those saw it sell a major stake of itself in 2014 to social networking giant Tencent Holdings Ltd., which quickly folded most of its own e-commerce operations into JD.com. Tencent is now JD.com’s largest single outside shareholder, with about 18% of the company, according to JD.com’s latest annual report.

Two years ago, JD.com added to its major partnerships by selling a stake to global retailing giant Walmart Inc., which in exchange also folded its own China online operations in with JD.com’s. Walmart now holds about 10% of JD.com’s shares. And earlier this year global search giant Google LLC announced a plan to invest $550 million for newly issued JD.com shares, with the pair planning to collaborate on strategic initiatives in Southeast Asia, the U.S. and Europe.

Investors have cheered the company’s growing market share and string of major alliances, but remain worried about its continued losses. The company’s Nasdaq-listed shares have fallen 28% since the start of this year, and are down by an even larger 38% from a peak in late January. It now trades at lows not seen since early 2017.