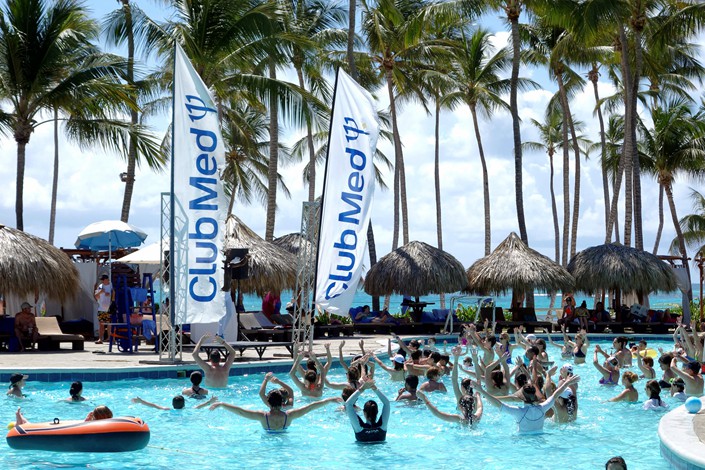 Chinese conglomerate Fosun International Ltd. has filed to float its tourism unit in Hong Kong as it looks to pare down debt after a years-long global buying spree that saddled it with high leverage.

Fosun has applied to the Hong Kong Stock Exchange to list Fosun Tourism Group, the owner of Club Med and a $1.7 billion luxury resort in the southern seaside city of Sanya, according to a draft prospectus posted on the bourse’s website late Monday.

The application came after Fosun said in July it has received approval from the Hong Kong regulator to spin off its tourism business, which paved the way for the listing.

The draft prospectus didn’t say how many shares Fosun Tourism would issue, how much money it would raise or when it would go public. But Reuters reported the company could raise as much as $700 million, while the South China Morning Post estimated the amount could be as high as $1 billion. Both reports cited unnamed sources.

Fosun started as a pharmaceutical company in 1994, but later evolved into one the most aggressive among a new generation of globally minded Chinese private equity buyers. Since 2013, it gobbled up deals in industries such as health care, insurance, energy and property. Its current portfolio includes Paris-based luxury resort operator Club Med and Canadian show producer Cirque du Soleil.

In the wake of huge spending that invited scrutiny from Beijing, Fosun has begun to consolidate and focus on the performance of its many offshore assets as it tries to ease its heavy debt load.

In September 2017, the conglomerate spun off Israeli subsidiary Sisram Medical Ltd., which it took control of in 2013, on the Hong Kong bourse to raise $500 million.

Fosun Tourism was the world’s largest leisure tourism resorts company by revenue in 2017, according to consultancy Frost and Sullivan. Its parent fought a battle against an Italian business mogul for nearly two years before it won control of Club Med in 2015 for 939 million euros ($1.09 billion).

In April, Fosun Tourism launched its luxury Atlantis Sanya resort in Hainan province, dubbed “China’s Hawaii.” The resort boasts a water park, an aquarium, and conference facilities. Proceeds from the float will be used to fund two similar resorts — one in Lijiang, Southwest China’s Yunnan province, and another in Taicang, in East China’s Jiangsu province.

The remainder of the proceeds will be used to fund future acquisitions, expand the company’s businesses and repay outstanding loans, the prospectus said.

Fosun Tourism’s losses narrowed to 135 million yuan ($19.75 million) in the first half of this year, the prospectus showed, down from 189 million yuan for the same period last year. Meanwhile, revenue rose 8% year-on-year to 6.7 billion yuan.