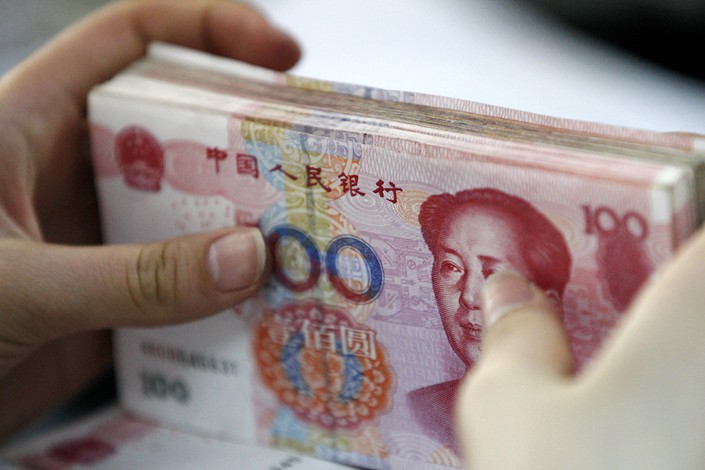 China’s net new yuan loans in August came below expectations, in a sign that regulators’ tighter controls on off-balance-sheet financing have weighed on banks’ lending activities.

Chinese banks made 1.28 trillion yuan ($186.7 billion) in net new yuan loans in August, up 16.7% year-on-year, but down 11.7% month-on-month, central bank data showed Wednesday. This amount is lower than the median projection of 1.4 trillion yuan in a Bloomberg News survey of economists.

China’s total social financing (TSF), a broad measure of credit and liquidity in the economy, posted net growth of 1.52 trillion yuan in August, up 46.2% from the month before, according to the central bank. TSF includes off-balance-sheet financing that exists outside the formal bank lending system.

China’s outstanding M2, a broader measurement of the money supply that covers all cash in circulation plus deposits, grew 8.2% year-on-year at the end of August, slipping from July’s 8.5% growth and just off a record low of 8% in June.