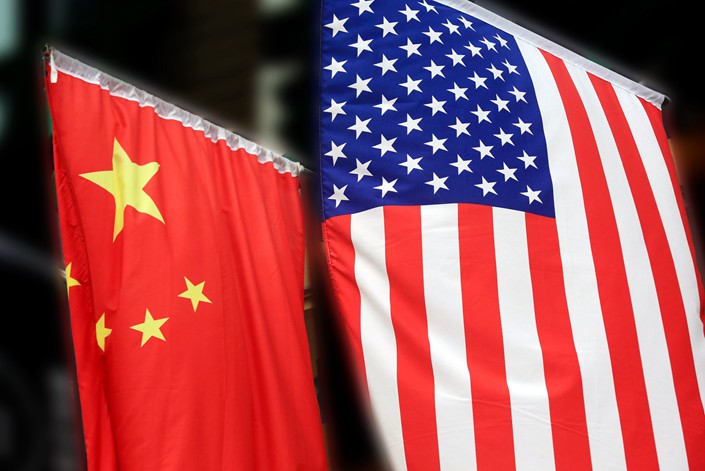 The U.S. government has proposed another round of trade talks with Beijing to avoid further escalation of its trade war with China. Photo: IC

(Bloomberg) — The U.S. government has proposed another round of trade talks with Beijing to avoid further escalation in Donald Trump’s trade war with China, the president’s top economic adviser said. U.S. equities rose on expectations the development could ease growing tensions.

Senior officials led by Treasury Secretary Steven Mnuchin recently extended the invitation to counterparts in China, said three people familiar with the matter, speaking on condition of anonymity. One of the people said the talks, if agreed to by the Chinese, are likely to take place in Washington.

“It’s positive,” said Larry Kudlow, director of Trump’s National Economic Council, who confirmed the report. “We are in communication right now and you could say that communication has picked up a notch.”

There are still great differences between the two sides, but China will accept the invitation and probably send Vice Premier Liu He to lead the talks, according to Yao Shaohua, an economist at ABCI Securities Co. Ltd. in Hong Kong. Liu led a previous round of talks in May, reaching a deal with Mnuchin that was then abandoned by a tweet from Trump.

China may have concerns that Trump will go back and forth again like in May, Yao said, but in the end it hopes for a breakthrough.

China’s commerce and finance ministries didn’t immediately respond to requests for comment on the invitation.

The proposal may reduce bilateral tensions just days after Trump threatened to slap tariffs on nearly all goods the U.S. buys from China.

The White House has sought to pressure Beijing to reduce its trade surplus with the U.S. and protect intellectual property rights of American companies. The Trump administration has already imposed duties on $50 billion of Chinese exports since July, which spurred immediate in-kind retaliation from Beijing.

Trump hasn’t yet pulled the trigger on tariffs on an additional $200 billion in Chinese goods. A comment period for that round of tariffs expired last week without U.S. action. He said last week that he’s lined up duties on an additional $267 billion of Chinese products “on short notice if I want to,” which would cover virtually everything the country exports to the U.S., including consumer goods such as clothing and Apple smartphones.

China has said it would be forced to retaliate against all of the U.S.’s measures, fanning concerns that the trade war could dent the global economic outlook.

Efforts to end the trade war have fizzled so far. Officials from both countries have met four times for formal talks, most recently in August, when Treasury’s undersecretary for international affairs, David Malpass, led discussions in Washington with Chinese Vice Minister Wang Shouwen.

But those talks ended without a breakthrough, as the U.S. submitted a tweaked list of demands that Beijing had previously said was unworkable, including a condition that China reduce its trade surplus with America. Last week, Kudlow complained that the Chinese have offered few concessions, and he underscored the president’s willingness to hold firm, despite Trump’s personal friendship with Chinese President Xi Jinping.

However, Kudlow did say Trump would be open to meeting with Xi, possibly at a G-20 meeting in Argentina in late November.

“I don’t think the China problem will subside in the near term,” Carlos Gutierrez, former U.S. Secretary of Commerce, told Bloomberg TV in an interview Thursday. “I think it plays well during an election season, and that’s in November, and the president is very worried about losing the House and potentially even losing the Senate. So I think China will be a very big part of that campaign. I don’t see it going away soon.”