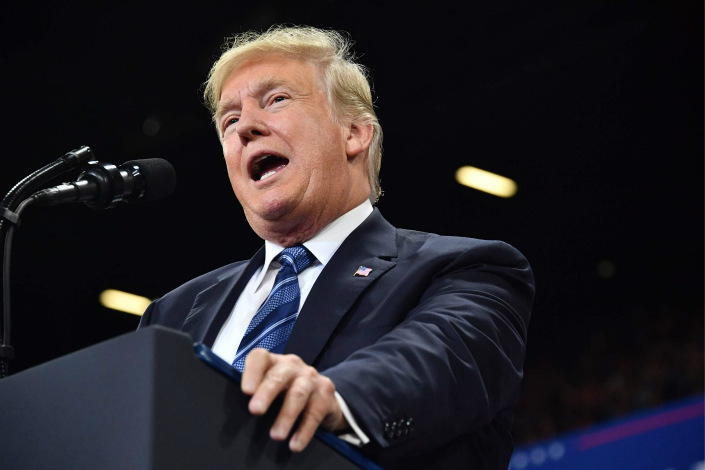 Speaking with reporters on Air Force One during a midterm election campaign trip, Trump said he was “ready to go” on the additional tariffs “if I want.” Those levies would come on top of current tariffs on $50 billion of Chinese goods and pending tariffs on $200 billion in goods that the Trump administration has been preparing.

If Trump follows through his threats, it would mean virtually all of China’s exports to the U.S. would be subject to higher duties.

Trump said the tariffs on $200 billion of Chinese goods could “take place very soon depending on what happens with them.” The Office of the U.S. Trade Representative finished accepting comments Thursday on the proposed tariffs.

A senior administration official told The Wall Street Journal Friday that the expanded China tariffs “are coming” but said that the timing remains unclear.

Each round of new tariffs has been strongly opposed by U.S. tech companies.

In a letter to U.S. Trade Representative Robert Lighthizer, Apple Inc. said the proposed 25% tariff on $200 billion of Chinese imports would cover a "wide range of Apple products" and said the burden of the proposed tariffs will fall much more heavily on the U.S. than on China.

Several tech giants, including Intel Corp. and Cisco Systems Inc., are seeking to persuade the U.S. Trade Representative to drop the proposed tariffs on imported products they say could cost the U.S. leadership in fifth-generation wireless technology.