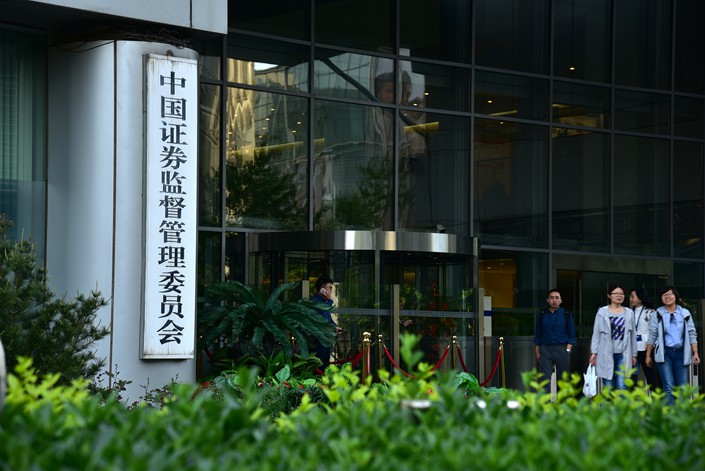 Caixin exposed one of the dirty little secrets of China’s bond market in July, blowing the lid open on the murky dealings of private-fund managers arranging debt sales for companies with low creditworthiness in exchange for under-the-table cash payments.

Now, the country’s securities watchdog has put the industry on notice that it will no longer tolerate such behavior, explicitly clarifying for the first time that such commissions are banned and vowing to punish anyone involved in the practice. These include the companies issuing the bonds, the underwriters, and individual executives in charge of the offering, the China Securities Regulatory Commission said in a statement (link in Chinese) on its website on Tuesday.

“Payments to investors by bond issuers and underwriters are strictly prohibited,” the statement said. “That is clear in relevant regulations, which should be strictly be implemented."

Regulations introduced in January 2015 governing the issue and trading of corporate bonds did contain a section banning manipulation of bond prices and the provision of “financial assistance” to investors directly or through a stakeholder. But there was no specific mention of kickbacks and commissions. Tuesday’s statement makes it clear that the regulations do cover such illicit payments.

Caixin reported in July that many companies managing private funds, whose function has traditionally been to invest and manage money on behalf of institutions and wealthy individuals, had been boosting their income by acting as intermediaries to help companies with low creditworthiness issue bonds.

Some funds acted like investment banks, offering a full-service package for companies that included a promise to introduce them to small securities firms with a license to underwrite bond issues and to find buyers for the bonds. They also pledged to buy the bonds if the issuance was not fully subscribed and then stuff them into the asset management products they sold to clients, including commercial banks. The fees charged by the funds and the commissions they earned were not disclosed to investors in bond prospectuses and were often hidden in the price of the bond or the interest rate the borrower paid investors.

Some brokerage firms were happy to take on the business in order to boost their revenue and raise their profile in the underwriting league tables. But low underwriting fees paid by private funds plus the fact the bonds had guaranteed buyers meant the firms were not conducting the necessary due diligence on bond issuers and their ability to repay their debts.

The CSRC detailed the kind of punishment transgressors might face, including a suspension of any administrative approvals for their businesses, and individuals could face criminal charges. For brokerages, regulators will not accept any underwriting-related documents for up to a year, effectively paralyzing their underwriting operations.

To address complaints about the lack of due diligence by brokerages who accept underwriting business, the CSRC said it will carry out on-site checks into bond issuances where underwriting fees are low and the underwriter’s capabilities are questionable, pledging to deal with wrongdoings “in strict accordance of the regulation.” The reviews will also look into whether the underwriter has appropriately conducted due diligence and whether disclosures about the issuer are accurate and complete, the commission said in the statement.

Figures provided by the Securities Association of China, an industry group, in June show the underwriting fees for 62 out of the 697 bond sales reported by securities firms from mid-October 2017 to the end of March 2018 were less than 0.1% of the capital raised. That's far less than the industry average — the data showed that total underwriting fees on all bond sales during the period amounted to 3.49 billion yuan ($509.1 million), accounting for 0.44% of the funds raised.