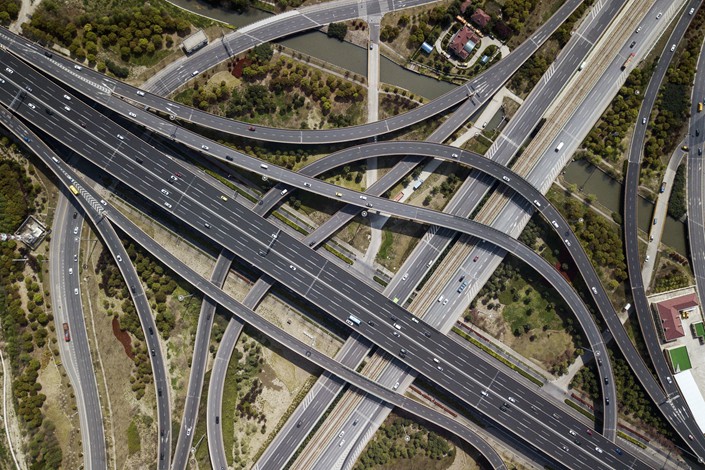 (Bloomberg) — Chinese non-financial corporate debt is rising again as a percentage of gross domestic product (GDP) following a year and a half of deleveraging from its mid-2016 peak, according to new data from the Bank for International Settlements.

China’s government is looking at ways to counter the effects of an ongoing trade dispute with the U.S., which is set to knock half a percentage point off of Chinese GDP growth, according to Bloomberg Intelligence estimates. That may mean postponing its deleveraging ambitions, which now appear to have derailed even before the two countries began imposing tariffs on each other’s exports earlier this year.

The releveraging of the Chinese economy this year is being driven both by an acceleration in the pace of debt accumulation and a slowdown in economic growth, which will cause the debt ratio to rise.

“That benign backdrop has now dissolved,” they said. “As a result, the authorities are withdrawing from their tight stance.”

A majority of analysts now expect China’s central bank to inject additional liquidity into the financial system in the final months of the year to support the economy as the outlook darkens, according to a Bloomberg survey.

The government is also preparing measures on the fiscal side to boost domestic consumption and investment in the face of rising external risks, including tax cuts and infrastructure spending, Chinese officials told reporters Tuesday in Beijing. Lian Weiliang, vice minister of National Development and Reform Commission, the top economic planner, said, “China is fully capable of hedging the impact by expanding domestic demand.”

Despite already-high levels of existing corporate debt, the government still has room to expand fiscal stimulus, though it may be accompanied by an increase in defaults, said Gary Ng, an economist at Natixis Asia Ltd. in Hong Kong.

“Right now, it will be more about controlling leverage at the current level or maybe even increasing it slightly higher,” Ng said. “From a general point of view, China thinks that they can still continue to defer the problem for a bit.”