Caixin Explains: How P2P Turned Into an ATM for Cash-Strapped Companies 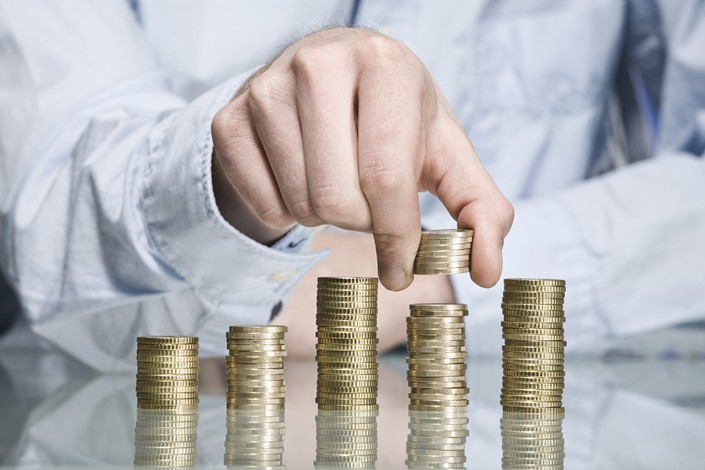 The unleashing of the P2P industry was a godsend during sporadic periods of regulatory tightening on the shadow banking sector. Photo: VCG

As China’s peer-to-peer (P2P) lending boom increasingly turns to bust for thousands of investors and borrowers, it’s destroying a lifeline for countless cash-strapped companies that had illicitly turned such platforms into their personal ATMs.

This practice of “P2P self-financing” (P2P自融zì róng) has been a critical enabler for companies whose sources of funding have been squeezed by various government and regulatory crackdowns.

For years private companies, and more recently small state firms, have been dependent on the shadow banking sector, which opened the door for them tap into funding from trust companies and wealth management products sold by banks. But the unleashing of the P2P industry was a godsend during sporadic periods of tightening over shadow banking.

P2P lending allows borrowers to connect directly with lenders via an intermediary, usually an online platform. Regulators took a relatively relaxed approach to P2P in the beginning as it provided much-needed cash for sectors of the economy long snubbed by the formal banking system.

That was like a red rag to a bull for companies who wanted cash. Many bought or set up their own lending platforms, unable to resist the prospect of having their own almost unlimited ATM.

As the scale of the fundraising and the risks involved became too big to ignore, regulators brought in rules in 2016 banning owners or controlling shareholders of P2P platforms from using them as a tool for their own financing needs and those of their subsidiaries and affiliates. They made it clear to platforms that they could only act as intermediaries to provide objective assessments of borrowers and approve loan applications while safeguarding the investments of lenders.

But that wasn’t enough to stop the P2P self-financing. Platforms set up companies dressed up as unrelated third-party borrowers who then raised money from lenders who used their platform.

Borrowers and lenders either didn’t know or didn’t care about the regulatory breaches, and the companies behind the P2P platforms put on a convincing show to gain the trust of millions of mom-and-pop investors, giving high-profile media interviews, lavishing money on office space and adverts, and often gaining the implicit backing of local governments. Everyone was happy — borrowers were getting much-needed loans albeit at high interest rates, lenders earned far better returns than they received from bank savings, and platforms earned juicy fees.

Now, as the P2P sector has imploded amid the government’s campaign to deleverage the financial sector and control financial risks, the illicit practices of many platforms have been exposed. Police investigations have found platforms running a string of illegal fundraising activities, and “P2P self-financing” has been right up there with the Ponzi schemes and outright fraud.

For example, Peng Xiaofeng, who’s currently on China’s most-wanted list, is accused of swindling more than 5,000 investors through his P2P platform Solarbao.com. His company’s website claimed to help facilitate funding for solar power manufacturers and for leasing projects, and advertised annualized returns of up to 10%. But around 75% of projects posted on Solarbao.com’s platform were related to Solarbao.com itself. In early 2017, investors who had lent money on the platform found they were unable to withdraw their cash. As of August, none of the investors had been able to get all of their money back.

Shanlin Jinrong, a Shanghai-registered asset manager, controlled some of China’s largest P2P platforms, and even ran advertisements in New York’s Times Square. But according to the Shanghai police, the company’s owner, Zhou Boyun, used its P2P lending platforms and offline branches to finance Shanlin itself, mainly by paying back earlier investors. Zhou turned himself in to police in April. Investors are still owed 21.3 billion yuan ($3.1 billion).