By Charlotte Yang and Zhu Liangtao 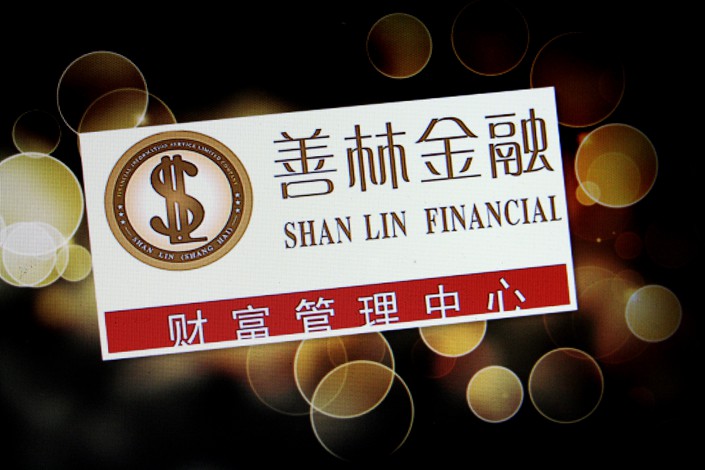 Shanghai police have handed 53 people to prosecutors on potential fraud or illegal deposit-taking charges, after the asset manager they work for failed to repay billions of dollars owed to investors.

The company is suspected of illegally raising 73.6 billion yuan ($10.7 billion). Investors are still owed 21.3 billion yuan in principal, following the surrender of company founder Zhou Boyun to police in April.

On Sept. 20, Shanghai police handed over 12 people to prosecutors, including Zhou, the company’s controller and legal representative, and Tian Jingshen, its CEO, for possible indictment on fraud charges. Another 41 were handed over to the People's Procuratorate of Pudong New District for possible indictment on charges of illegally taking public deposits.

Prosecutors are reviewing the cases and will decide whether to press charges.

By the time Zhou turned himself in to police in April, his company had used most of the more than 73 billion yuan it raised to pay back earlier investors, a practice often known as a Ponzi scheme. Some funds were also used to pay for lucrative commissions, expensive office space, advertisement campaigns and lavish personal expenses, according to the police statement.

By Sept. 20, Shanghai police had recovered about 1.5 billion yuan in cash and frozen related bank accounts and assets.

Shanlin Jinrong’s downfall adds to the country’s long list of Ponzi schemes and illegal fundraising activities that have made news since 2015. In one of the largest, authorities shut down Ezubo, one of the country’s biggest peer-to-peer (P2P) lenders, in December 2015. Investigators later found that the platform had bilked 900,000 investors across China out of more than 50 billion yuan.

In July, the controller of Shanghai-based investment company Zillion Holdings fled the country after illegally raising over 38 billion yuan through P2P lending platforms and other outlets, local police have said.

Chinese regulators have identified the scandal-plagued P2P lending industry as source of financial risk. They have recently stepped up their crackdown on the sector to protect the country’s mom-and-pop investors who are often lured by the promise of returns much higher than bank deposits.