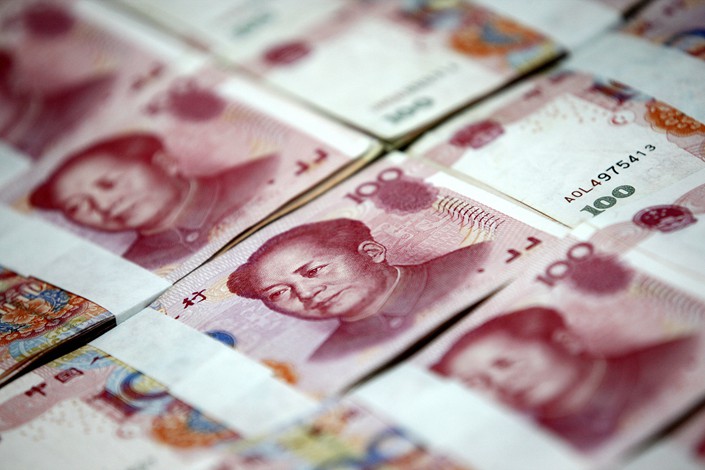 Since June, 243 P2P companies have collapsed, leaving some 1,645 platforms still operating, according to data compiled by Wangdaizhijia.com, an industry portal. Photo: VCG

* While authorities have indicated they may relax the deleveraging campaign amid slowing economic growth, a recent regulatory meeting on financial risk showed that any relaxation is unlikely to include P2P lending, pledged stock loans

At a recent meeting entitled “Disposing of Financial Risk,” regulatory officials devoted most of their time to discussing China’s peer-to-peer (P2P) lending industry and pledged-stock loans.

In fact, they spoke of little else.

The latest meeting of China’s top financial regulators signals that the government will maintain a tough line on these two areas even as it has taken a more-nuanced approach to getting debt under control across the financial system.

The government has recently sent out signals that it may relax its 2-year-old national deleveraging campaign as a crackdown on “shadow banking” and risks in the financial system is now adding pressure to country’s already slowing economic growth. At the midyear Politburo meeting, the leadership emphasized a pro-active fiscal policy and pro-growth stance, pledging to continue deleveraging efforts but at a “measured pace and strength.”

The meeting of the cabinet-level China’s Financial Stability and Development Committee on Friday, which currently functions as the country’s top financial supervisory agency, suggests any relaxation might not apply to the country’s troubled P2P lending industry.

Hundreds of online P2P lending platforms have run into financial and legal trouble amid slowing economic growth, a cash squeeze fueled by the government’s crackdown on off-balance-sheet banking, and an impending deadline for P2P lenders to comply with regulations, which has since been extended to June 2019. The committee meeting came as an increasing number of P2P platforms have run into liquidity problems and investors protest demanding their money back.

The committee gave local regulators a lot of latitude to deal with the P2P failures as long as their measures prove to be “effective,” according to a statement released by the committee on Monday. It also called for a long-term risk prevention mechanism for the industry to be set up as soon as possible.

Since June, 243 P2P companies have collapsed, leaving some 1,645 platforms still operating, according to data compiled by Wangdaizhijia.com, an industry portal. In 2011, the then-virtually unregulated industry took off in China, reaching a peak of about 3,500 platforms before it began to contract under a regulatory crackdown in early 2016.

The committee also pushed for regulators to employ market-oriented methods to deal with risks stemming from the growing number of stock dumpings triggered by the recent wave of stock-pledged loans. These loans have allowed major shareholders in Chinese companies to leverage their stock by pledging it as collateral for bank loans. However, if they can’t pay back the loan, the creditor has to immediately sell the stock to recover their money.

These stock fire sales have intensified the ongoing bear market that has been exacerbated by a weak economic outlook and trade tensions with the U.S. The benchmark Shanghai Composite Index has lost some 26% from its January peak to its year-to-date low of 2,653.11 points on Aug. 20, making it one of the worst performing global indexes this year.