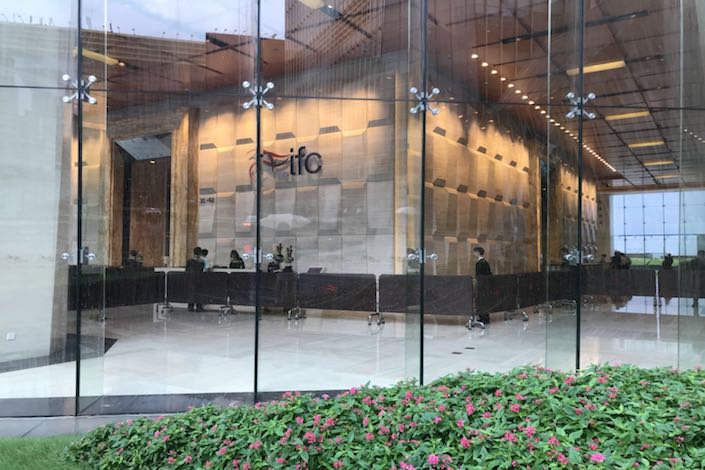 The Shanghai office of fund manager HuaAn Future Asset Management Co. Ltd. was surrounded on Monday by throngs of angry investors who blame the company for what they perceive to be its role in an online-lending fraud. HuaAn denies any involvement.

Gathered in the lobby of Shanghai’s International Finance Centre, the center of the city’s financial district of Lujiazui, the 300-person protest was the latest incident to bring attention to the liquidity crunch in the country’s once-booming peer-to-peer (P2P) lending industry, which has seen the number of failed businesses snowball in the past two months.

PPMiao.com had said in an Aug. 6 statement (link in Chinese) said it is aiming for a “healthy liquidation” due to the “deteriorating business environment” of online lending and a “severe bank run of its assets triggered by sluggish sentiment.” PPMiao.com, which on its website says it has 4.9 billion yuan ($714 million) in funds and about 360,000 users, said it would return funds to investors based on the amount of their respective investments over a 36-month period.

However, investors’ trust in the liquidation plan collapsed after the accusations of illegal fundraising surfaced.

HuaAn released a statement on the day of the protest denying any concrete ties with PPMiao.com or its business operations, and claimed that it’s not benefiting from its stake in PPMiao.com’s former operator as HuaAn is only holding the stake on other parties’ behalf. But investors aren’t buying it.

“We noticed that HuaAn was one of its stakeholders, so we trusted it,” an investor at the protest scene told Caixin. “Now that there’s a risk exposure, we deserve an explanation from HuaAn.”

Several lawyers told Caixin that in such cases, investors would be hard-pressed to hold HuaAn accountable, as it acts as a financial shareholder, which doesn’t have as much legal responsibility as the controller of operations.

As in other P2P frauds, the promised returns by the underlying assets of the funding projects posted on PPMiao.com were far much higher than the actual return rate of the same type of underlying assets.

Several investors told Caixin that PPMiao.com’s projects were backed by bank notes, which are guaranteed by banks and relatively liquid. But the annualized return rate they promised could reach as high as 13%, which is abnormally higher than the average return of 4% to 5%, said Zhang Yexia, the senior analyst at Shanghai-based consultancy Yingcan Group.

“Banks’ notes are relatively safe assets, but it’s questionable on whether the platform, holding investors’ money, really purchased those notes at the end of the day,” a vice general manager of a bank note agency told Caixin. “There is no way to trace those purchases without the platform itself releasing its database.”

Since June, 243 P2P companies have collapsed, according to data compiled by Wangdaizhijia.com, a portal site that tracks industrial data.

The then-virtually unregulated industry started flourishing in China in 2011, reaching a peak of about 3,500 platforms before it began to contract under a harsh regulatory crackdown in early 2016. Currently, 1,645 platforms are still operating.