Peer-to-Peer Lenders in Beijing Ordered to Uncover Own Problems

By Wu Yujian and Fran Wang 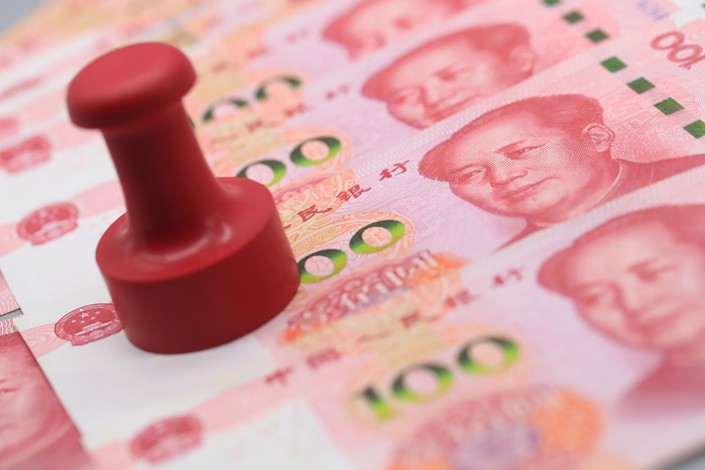 At least 165 P2P platforms had difficulties meeting cash withdrawal demands, saw their owners abscond with investor funds or were investigated by police in July. Photo: VCG

*The reports, which must include user numbers and information related to loan risks, are part of a 10-step program to tackle problems in the sector issued by a national watchdog

Beijing’s financial regulator has ordered peer-to-peer (P2P) online lending platforms under its jurisdiction to account for the problems and dangers in their businesses as part of a national effort to get the troubled industry in line.

The Beijing Municipal Bureau of Financial Work on Friday told P2P platforms in the city to take hard look at their own regulatory compliance and compile a report on their operations, according to a statement (link in Chinese) that the agency published over the weekend. The companies have been given until Oct. 15 to submit their reports.

The bureau is the first local financial watchdog to launch the self-inspection drive at the platforms under its supervision after national regulators earlier this month announced 10 measures to tackle problems in the online lending industry to address growing public anger over the recent upsurge of failures of P2P firms.

Hundreds of online P2P lending platforms have run into financial and legal troubles over the past few months amid slowing economic growth, a cash squeeze fueled by the government’s crackdown on off-balance-sheet banking, and an impending deadline for P2P lenders to comply with regulations, which has since been extended to June 2019. The wave of collapsed companies has caused panic among investors, with some reportedly taking to the streets earlier this month to protest in Beijing’s financial district, where the financial regulators are headquartered.

P2P platforms have also been given a checklist of 36 problems they have to report on, such as whether they or their major shareholders have raised money on the platforms for their own financing needs, whether they pooled funds without having a specific project to invest in, and whether they directly or indirectly provided a guarantee for the repayment of the loans, the sample showed.

The authorities are also increasing scrutiny on the broader operations of P2P platforms, asking them to provide details on their investments and the portfolios of their controllers, as well as information about business partners such as marketing companies, deposit custodian organizations and collection agencies, according to the statement.

Senior managers and major shareholders of the P2P companies must sign off on the report as well as submit a statement attesting that the information they submit is true, the statement said.

“The self-inspection intends to ensure shareholders and senior managers (of P2P platforms) be held accountable in perpetuity if they lie,” an official with the bureau, who declined to be named, told Caixin.

The regulatory compliance review was the second of the 10 measures announced earlier this month by the Office of the Leading Group for the Special Campaign Against Internet Financial Risks, which is housed at the central bank, as well as another national regulator.

The P2P companies’ self-inspection is just one part of the review. Their results will be cross-checked against findings from investigations carried out by industry associations. Local online lending regulators will then randomly check the information. The entire review process is scheduled to be completed by the end of this year, sources with knowledge of the matter previously told Caixin.

The National Internet Finance Association of China, which is overseen by the central bank and other financial regulators, began the inspection of its P2P member companies on Wednesday.

At least 165 P2P platforms had difficulties meeting cash withdrawal demands, saw their owners abscond with investor funds or were investigated by police in July, nearly triple the number in June, according to a report by internet lending research firm Wangdaizhijia.

In one of the biggest scandals to hit the industry, Shanghai-based Zillion Holdings was found to have illegally raised more than 38 billion yuan ($5.6 billion) through P2P platforms and other outlets since December 2012. The man behind the company, Wu Zaipin, has since disappeared.