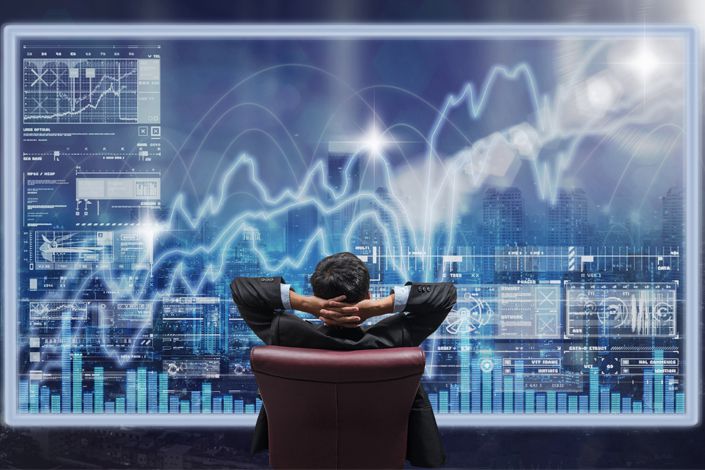 The earnings were issued one day after its Hong Kong initial public offering (IPO), where China Renaissance raised about $346 million after pricing at HK$31.8 ($4.05) per share. The same day, it saw its stock price drop 22%, the biggest drop for any stock on the exchange in its first trading day.

Founded in 2005, China Renaissance has had a hand in deals involving some of China’s largest internet companies, such as the 2015 tie-up between ride-hailing companies Didi Dache and Kuaidi Dache. It’s also acted as financial adviser for video-streaming site iQiyi Inc. and underwriter for the online service giant Meituan Dianping. (Company Filing)

2. Meituan Posts Strong Revenue Growth in First Half of the Year

On-demand services giant Meituan Dianping reported a 91.2% year-on-year surge in revenue to 26.3 billion yuan ($3.8 billion) in the first half of the year, reflecting strong growth across the board.

Total gross profit increased 13% to 6.1 billion yuan from 5.4 billion yuan in the first half of 2017, Meituan Dianping said in its first interim report following the company’s $4.2 billion IPO in Hong Kong last week.

“We have continued to make gross margin improvement in our core businesses such as food delivery and in store, hotel and travel,” Meituan Dianping said. Total gross transaction volume on the platform rose 55.6% in the first half to 231.9 billion yuan, while the number of annual transacting users grew 30% to 356.9 million in the 12 months through June 30. (Caixin)

Managing partners at the two companies have said that TPG-SV will target Chinese TMT startups going after the “new economy” as well as “AI’s Alibaba.” The ideal company should be creative in business model, young, and have strong traffic, clicks, or a large user base, the company said. (36Kr, link in Chinese)

Chinese technology giant ZTE Corp. is stepping up efforts to unload assets to ease a liquidity crunch following the payment of $1.4 billion in U.S. penalties.

The company is selling a 43.7% stake in its software development unit ZTEsoft Technology Co. Ltd. to Jack Ma-backed Nanjing Xiruan Corporate Management Limited Partnership, which will pay 1.2 billion yuan and has pledged an additional 100 million yuan in investments, ZTE said Wednesday. Nanjing Xiruan will make the payment in installments.

Laix has 83.8 million registered users and, as with most Chinese internet companies, is losing money. (Caixin, link in Chinese)

Hong Kong-listed Genscript Biotech Corp. has denied accusations that it had faked data and has resumed trading on the Hong Kong Stock Exchange.

In a company filing, it responded directly to short seller Flaming Research, saying the latter made “misleading, biased, selective, inaccurate and incomplete as well as groundless allegations and irresponsible speculations.” By noon, its stock price had bounced back 14.84% to HK$13.62 per share. During the previous trading day, its shares plummeted by as much as 45% in the morning before being suspended, at which point they were down 26.8%.

Genscript was hit by a report from Hong Kong-based Flaming Research that questioned its capability to develop cutting-edge cell-based CAR-T cancer therapy, its management’s sale of shares at high prices, its downplaying of a trial participant’s death and its cooperation with a subsidiary of American multinational Johnson & Johnson. (Company Filing, Caixin)