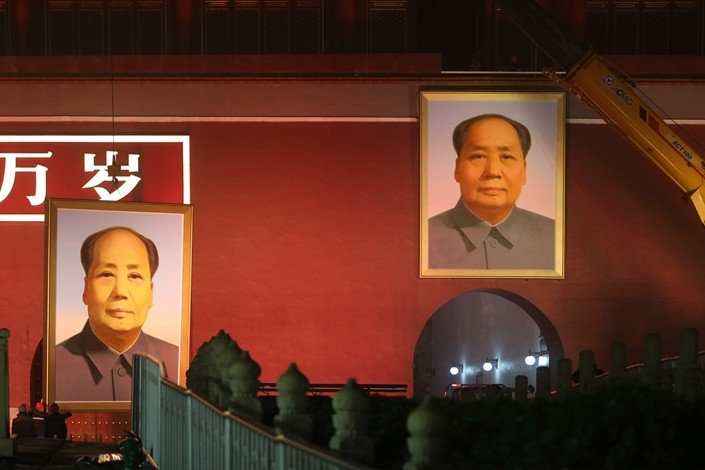 Workers change the portrait of China’s founding father Mao Zedong hanging over the entrance of Beijing’s Forbidden City on Thursday. Every year before the Oct. 1 National Day holiday, the portrait is swapped for a new one. The old portrait is refurbished and used again the following year, according to Beijing Youth Daily. Photo: VCG 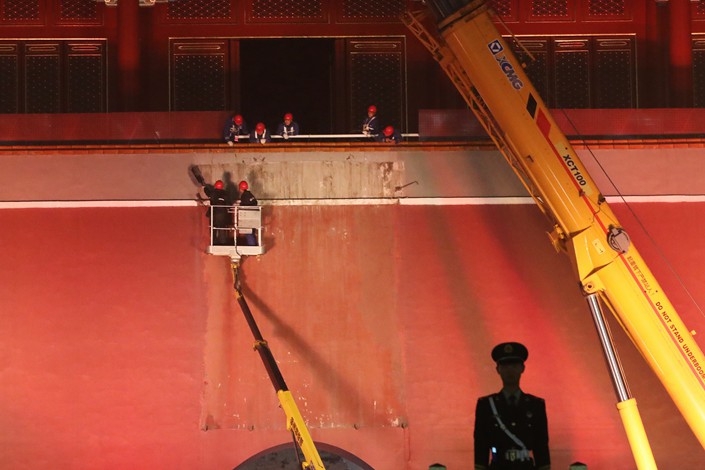 Workers clean up the gate’s wall Thursday night before hanging up a new portrait of Mao Zedong ahead of the National Day holiday. The holiday is held to celebrate the 1949 founding of the People’s Republic of China. Photo: VCG 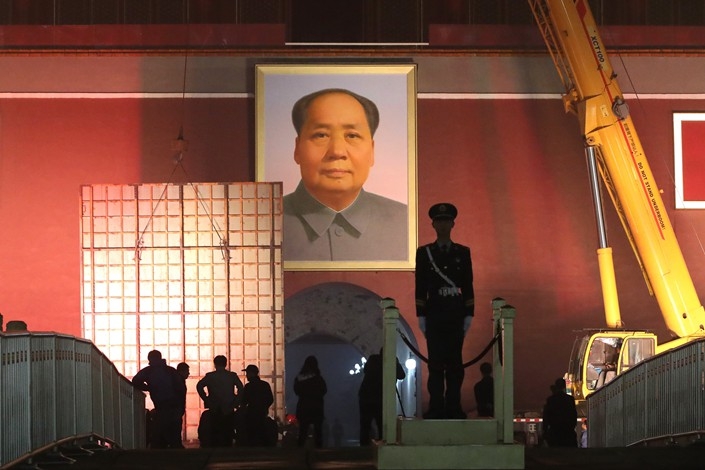 Workers change the Mao Zedong portrait hanging over the Gate of Heavenly Peace, known in Chinese as Tiananmen, on Thursday night. Photo: VCG 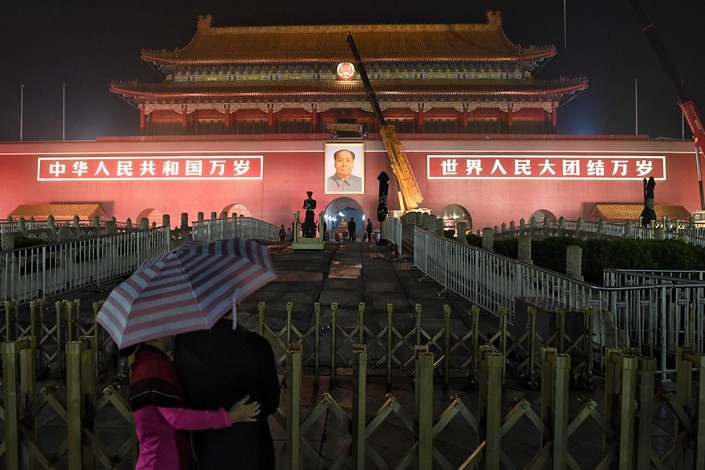 A couple watch the changing of the Mao Zedong portrait at Tiananmen on Thursday night. Photo: VCG