High-Tech Educator Gets Lesson in Importance of Profits 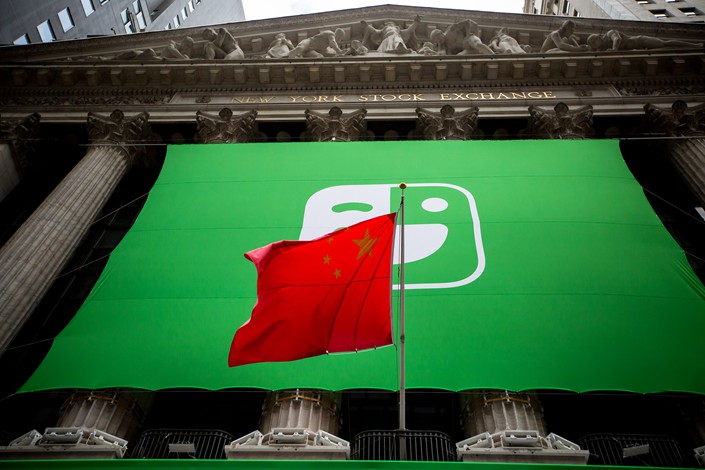 LAIX Inc.'s revenue soared nearly six-fold in the first six months of the year, but its net loss also nearly tripled during that period. Photo: VCG

Shares of education services provider LAIX Inc. struggled to find an audience in their trading debut on Wall Street, in the latest sign of dwindling appetite for a yearlong parade of new economy Chinese firms coming to market.

LAIX is among a group of money-losing companies to make their trading debuts in recent weeks, joining the likes of internet giant Meituan Dianping and electric vehicle startup Nio Inc., which have also gotten off to rocky starts as publicly traded companies.

LAIX priced American depositary shares for its New York initial public offering (IPO) at $12.50, at the midpoint of their previously announced range, raising $72 million. The stock initially rose more than 20% when trading began on Thursday in New York, but gradually came down to end their first day just slightly above the IPO price at $12.65.

Within the larger group of IPOs in Hong Kong and New York by Chinese firms over the past year, LAIX belongs to a smaller subset of mostly money-losing education firms that are trying to sell investors on their ability to use the internet and other technology to offer large-scale, personalized education services.

One of the most recent of those, Puxin Ltd., raised $120 million in its IPO in June. But since an initial spike, its shares have moved steadily downward and now trade at just half their IPO price. Shares of Rise Education Cayman Ltd., one of the earliest to list in the current wave, are also down about 20% from their IPO price last October.

LAIX tried to lure investors by emphasizing the high-tech part of its story, noting its services use artificial intelligence. The company’s revenue soared nearly six-fold in the first six months of the year to 232 million yuan ($33.7 million), as it ramped up its services, according to its prospectus. But its net loss also nearly tripled during that period to 182 million yuan, reflecting the big costs such companies face as they scale up.

“This year has been a rocky one in the markets,” said an analyst who covers Chinese technology companies. “The earlier surge was arguably on the back of a very strong 2017,” he added, referring to the relatively stronger IPO debuts earlier this year versus the weaker ones lately.

LAIX is a case in point of the recent weakness, mirroring other cases of offshore Chinese IPOs that jumped on their trading debuts, only to stumble afterwards.

Many of those are losing money. Two of the largest are Nio, which debuted two weeks ago in New York, and Meituan Dianping, which debuted last week. Nio’s shares rose more than 70% in the two trading days after their IPO, but have moved steadily downward since then and are now just 12% above their offering price. Similarly, Meituan Dianping jumped 5% on its first trading day last week, as it became China’s fourth largest publicly traded internet company. But those gains have evaporated since then, and the stock now trades below its offering price.