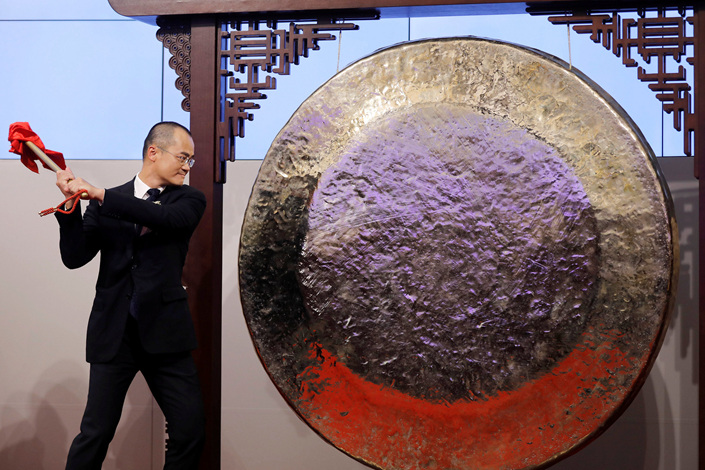 The company priced its IPO near the top range of an indicative HK$60 to HK$72, raising $4.2 billion in this year’s biggest internet IPO on the Hong Kong bourse.

Meituan is currently valued at over $50 billion, making it China’s fourth-largest internet company, behind only the “big three” of Alibaba Group Holding Ltd., Tencent Holdings Ltd. and Baidu Inc., and ahead of e-commerce giant JD.com Inc.

Meituan was founded by serial entrepreneur Wang Xing in March 2010, in what some said was a Chinese copycat of U.S. group-buying site Groupon Inc.

From that beginning, Meituan has positioned itself as an online-to-offline (O2O) services specialist, which typically brings together everyday services like restaurant reservations and takeout delivery with high-tech internet touches. His company has gone on to dip its toe into almost every aspect of a Chinese life — including takeout delivery, ride-hailing, movie-ticket sales, travel bookings and bike sharing.

Meituan cemented its leadership in the space after its $15 billion merger in 2015 with top rival Dianping, which operated an app similar to U.S. online restaurant review site Yelp Inc.

Meituan lost 18.9 billion yuan in 2017, more than triple its loss of 5.8 billion yuan in 2016. In the first four months of 2018, the company had an adjusted net loss of 2 billion yuan, reflecting the $2.7 billion acquisition of bike-sharing startup Beijing Mobike Technology Co. Ltd. in April, as well as increased sales expenses and rising debt.

Meituan plans to use proceeds from the IPO to fortify itself against stiff competition from its main competitor, food-delivery platform Ele.me, which is backed by Alibaba.

Its recently acquired Mobike also faces fierce competition from rival Ofo. Both are battling for the country’s fledging market for shared bikes.