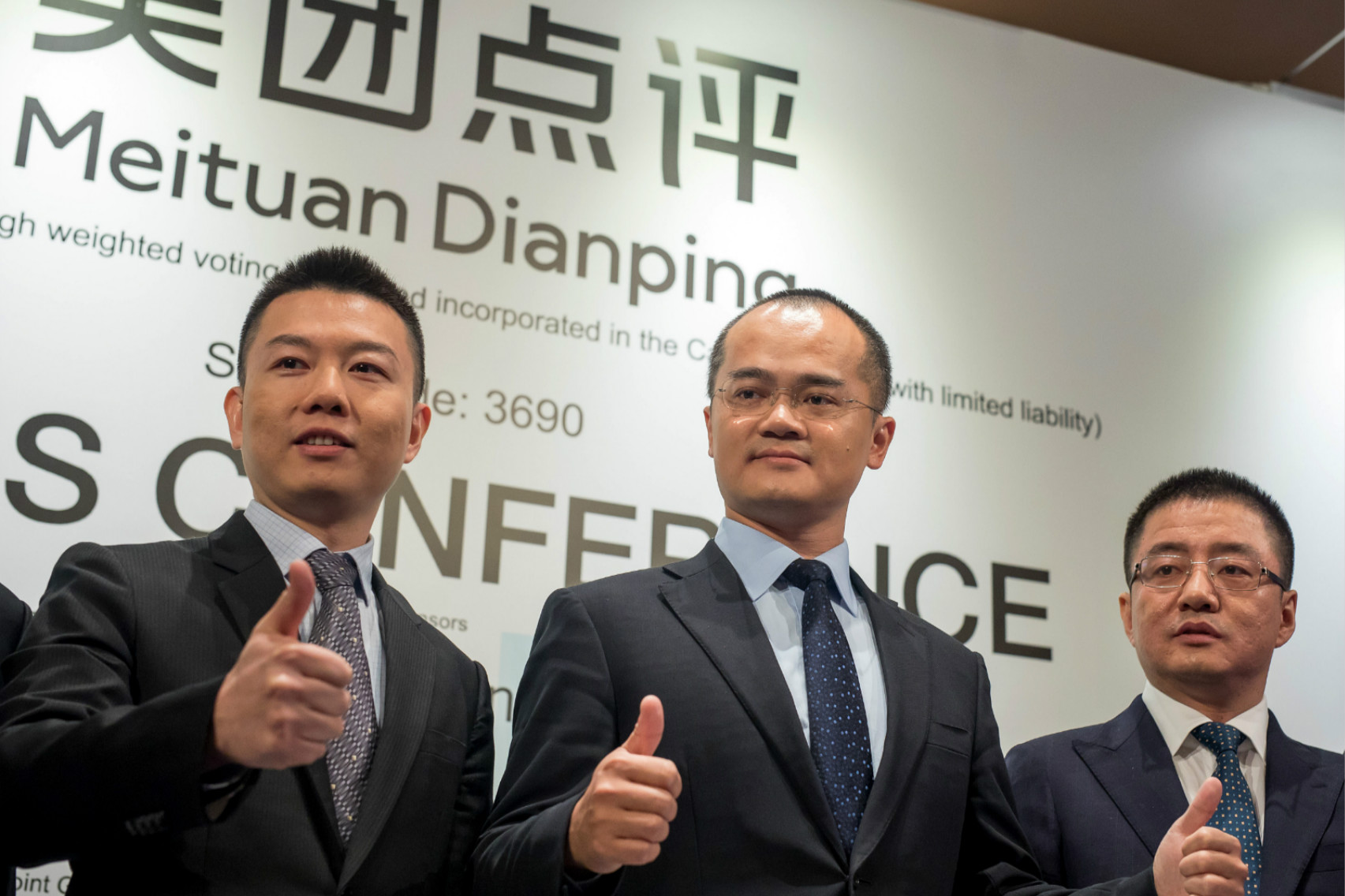 Priced at HK$69 ($8.79) a share, the offering will raise about $4.2 billion in one of this year’s biggest internet IPOs in Hong Kong. The estimated range was HK$62 to HK$70. If the offering’s underwriters exercise an overallotment option, the final fundraising figure could rise as high as $4.9 billion, people close to the offering told Caixin.

The IPO would put Meituan’s value at $53.4 billion, sharply higher than in Meituan’s latest funding round less than a year ago, when the company was valued at $30 billion.

Meituan originally planned to sell 5% of the IPO to public investors in Hong Kong and the rest to global institutional investors. Currently, the retail shares are oversubscribed by 1.5 times, people close to the offering told Caixin.

The Meituan IPO is being closely watched after Chinese cellphone-maker Xiaomi Corp.’s highly anticipated debut in July turned out to be lackluster.

Unlike Xiaomi’s IPO, there hasn’t been much discussion of whether Meituan’s valuation is justified. Instead, more attention is being paid to the company’s business model, according to a market participant. The person told Caixin that investors are enthusiastic about Meituan’s IPO, and the subscription target was reached within the first two days of the company’s global roadshow.

Despite recording losses since 2016, the company says it is confident about the profitability outlook for its core online food-ordering and delivery business. In the first four months of 2018, the food-delivery business generated revenue of 9.7 billion yuan ($1.4 billion), making up more than 60% of total revenue.

For the IPO, Meituan secured a total of $1.5 billion of subscriptions from five cornerstone investors, including its main backer, tech giant Tencent Holdings Ltd., and global asset manager Oppenheimer Funds.

In addition to the five cornerstone investors, Meituan’s current investor, Hillhouse Capital Group, also subscribed for shares in the offering.

Meituan positions itself as an online life-services platform. Starting as a group buying service provider, Meituan has now expanded into a wide range of services from hotel and travel booking to ride-hailing, bike-sharing and retailing.

Meituan lost 18.9 billion yuan in 2017 after a loss of 5.8 billion yuan in 2016. In the first four months of 2018, the company had an adjusted net loss of 2 billion yuan, reflecting the $2.7 billion acquisition of bike-sharing startup Beijing Mobike Technology Co. in April as well as increased sales expenses and rising debt.

At a news conference Sept. 6, the company’s management attributed its continued losses to the entry into new businesses. Meituan has decided not to pursue expansion of the car-hailing service it launched in February 2017 after finding it hard to challenge industry leader Didi.