By Sun Wenjing, Qu Yunxu, An Limin and Han Wei 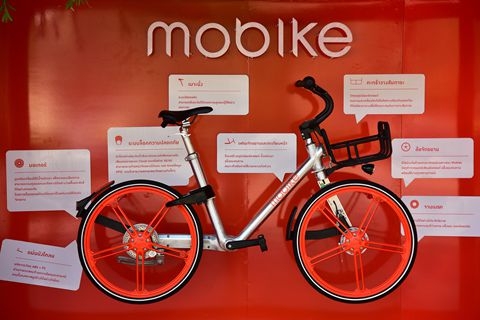 Three-year-old Mobike is one of the largest players in China’s white-hot bike-sharing market. Photo: VCG

China’s largest online booking platform Meituan-Dianping is riding into the white-hot bike-sharing market by acquiring one of the dominant players, Mobike.

Meituan signed an agreement to take over the three-year old Mobike, Meituan’s CEO Wang Xing said in an internal letter on Wednesday.

The deal, which includes a mix of cash and equity, valued Mobike at $2.7 billion, a person close to the matter said.

After the acquisition, Mobike will remain independently operated and maintain its management team, Wang said in the letter. Wang will become chairman of Mobike.

Hu Weiwei, founder of Mobike, posted in her WeChat social media account on Wednesday that the tie-up between Mobike and Meituan will “create huge room for imagination.”

Mobike will become an important segment of Meituan’s business ecosystem, which consists of users, merchants and mobility services, Wang said in the letter.

The deal brings together two of China’s biggest tech startups. In its latest round of financing in October to raise $4 billion, Meituan was valued at $30 billion. Meituan is likely to join the expected rush of the country’s tech giants to go public in Hong Kong this year, sources close to the company told Caixin.

Meituan expressed interest in investing in Mobike as early as late 2017, but the deal was put on hold due to objections from Li Bin, Mobike’s chairman and an angel investor in the company, a source close to the matter said. In 2016, Wang took part in Mobike’s $100 million funding round.

The deal was brokered by Pony Ma, CEO of Tencent Holdings Ltd., which is a big backer of both Meituan and Mobike, sources close to the matter told Caixin.

Meituan’s entry into the shared-bike business is expected to complicate the fiercely competitive sector, which is seen as a new battlefield for the competing mobile payment platforms of tech giants Tencent and Alibaba Group.

Meituan has moved into the public transport market to expand its business reach. It's already rolled out car-hailing services in Shanghai and Nanjing, with plans to be in at least seven Chinese cities including Beijing, posing a challenge to car-hailing giant Didi Chuxing.

China’s bike-sharing market has gone through cut-throat price wars over the past few years, which forced smaller players into the ditch and left two dominant players — Mobike and Ofo.

Last year, investors of the two companies proposed a merger with the hope of ending the cash-burning wars and easing the pairs’ financial pressure. But the talks fell apart.

Caixin learned from sources close to Mobike that the company raised $1 billion in late January. Last month, Ofo also said it secured $866 million in funding from a group led by Alibaba.