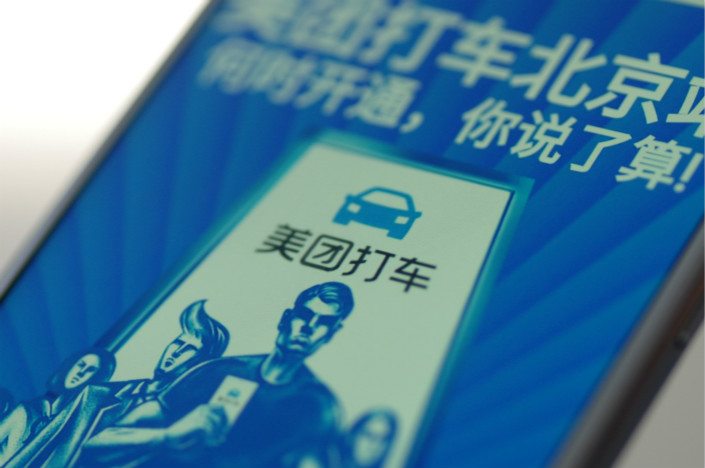 After months of speculation, Meituan-Dianping, one of China’s largest online services platforms, has rolled out its car-hailing business.

Starting Wednesday, users in Shanghai can hail rides through Meituan’s mobile app, which already offers a range of services such as food delivery, hotel bookings and movie tickets.

The rollout comes after months of media speculation about where the company would launch the service, as well as a potential price war with car-hailing leader Didi Chuxing Technology Co. Ltd., which itself recently entered the food takeout space.

Meituan has been conducting car-hailing trials in Nanjing since early 2017, and said in December that it aimed to launch the service in at least seven cities, including Beijing and Shanghai.

But the company’s efforts to enter China’s capital hit a regulatory hurdle as it was reportedly summoned by the transportation bureau “for a conversation” in January.

Now, however, a relaxation of regulatory barriers and a nationwide rollout are widely expected, which may put Meituan on course to compete with Didi, which has a greater than 90% market share of China’s car-hailing sector.

“Moving into car-hailing is logical for Meituan, which can channel its large food-delivery user base into other services,” one investor told Caixin.

The move has gotten Didi’s attention, which recently reintroduced subsidies for drivers in a bid to thwart competitors, Caixin has learned.

The subsidy program, in seven Chinese cities including Shanghai and Beijing, allows selected drivers to purchase membership cards that qualify them to receive extra monthly pay.

Meituan said it will not charge drivers to use its platform for the first three months in Shanghai. In the Nanjing pilot programs, its commission fee for drivers was 8%, compared with Didi’s 20%, Caixin has learned.

A $4 billion fundraising round late last year put Meituan’s valuation at $30 billion, behind Didi’s estimated value of $56 billion, after the latter raised $4 billion in December.