By Yang Ge and Sun Wenjing 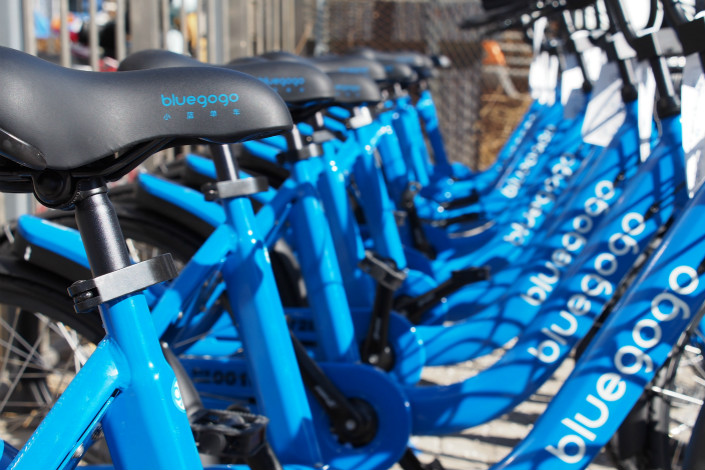 Leading shared car services provider Didi Chuxing said on Tuesday it will drive into the shared-bike business, throwing a surprise wrench into the two-way battle for control of a massive Chinese market dominated by well-funded incumbents Ofo and Mobike.

Didi Chuxing Technology Co. Ltd., whose backers include Apple Inc. and Uber Technologies Inc., unveiled the plan to develop its own-branded shared-bike service as part of a broader announcement saying it would launch a comprehensive bike-sharing platform within its core car services app. That platform will include the new Didi shared-bike service, as well as rival services offered by Ofo and a third player, Bluegogo, according to Didi. It said that other services could also be added in the future.

Didi is already an investor in Ofo Inc., after pouring millions of dollars into the company in at least two funding rounds last year. The pair further cemented their ties when a top Didi executive became the president of Ofo last summer.

Separately, sources told Caixin last week that Didi had agreed to acquire Bluegogo, though neither side would comment at that time. In its latest announcement, Didi said it and Bluegogo had reached “cooperation arrangements on the latter’s bike-sharing business.” It said users of Didi’s app would be able to use Bluegogo’s service without the usual deposit required, but did not make mention of any ownership tie-up between the pair.

“Under the cooperation arrangements, the brand name, deposits, debts and other related properties are retained by Bluegogo,” Didi said. “Meanwhile, users will have the option to convert Bluegogo deposits, privileges and app top-up values into Didi bike and car ride coupons of equivalent value. Users may also choose to communicate with Bluegogo for other alternatives.”

China’s new generation of bike-sharing firms differ from similar older municipal services by using mobile technology to let users find and unlock bikes using smartphone-based apps. Users typically pay a small fee for each ride, and can pick up and drop off bikes anywhere they want. By comparison, traditional services require users to pick up and return bikes to fixed racks and have a more cumbersome registration process.

Mobike and Ofo were two of the earliest arrivals to the space, and have since each raised over $1 billion. But a wave of later arrivals like Bluegogo have struggled to find a stable audience, and many are either faltering or have gone out of business. Such boom-bust cycles are common in China due to the market’s huge potential, which often attracts big investment dollars and inexperienced companies and entrepreneurs willing to gamble on big payouts despite long odds.