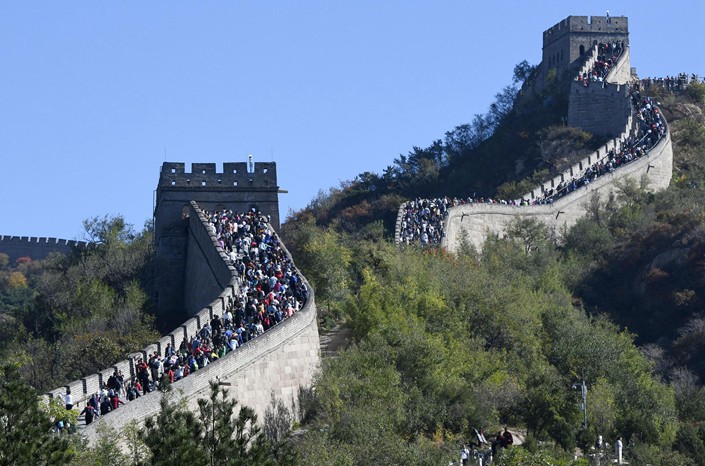 Tourists crowd the Badaling section of the Great Wall in suburban Beijing on Oct. 3. Photo: VCG

As many as 502 million domestic trips were made in the first four days of the weeklong National Day holiday, official figures (link in Chinese) released Friday revealed, an increase of 8.8% year-on-year.

Chinese tourists on holiday at home since the holiday began Monday have spent a total of 417 billion yuan ($60.7 billion), also up more than 8%, according to the Ministry of Culture and Tourism.

While China Railway Corp., operator of the country’s train network, originally estimated the seven-day holiday would see a total of some 130 million railway trips, it estimated Friday that the 100-million mark will be surpassed by the end of the day.

The National Day holiday last year was a record-breaker, with 705 million trips made domestically, partly thanks to an additional day off work for the Mid-Autumn Festival stretching the vacation to eight days, instead of the usual seven days.