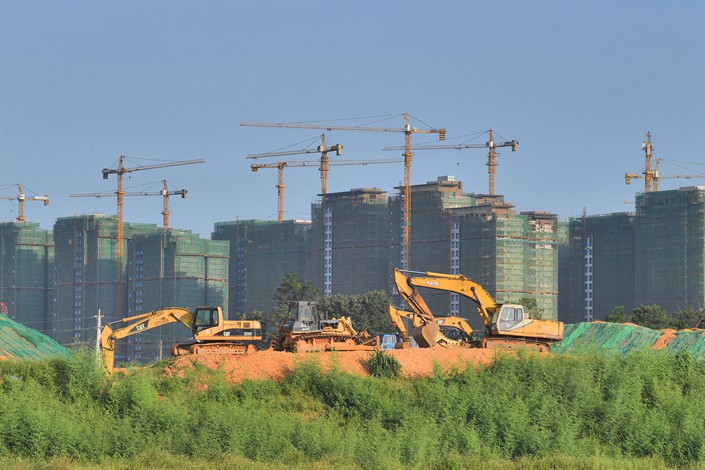 * Country Garden, Poly Developments and China Vanke all have reported steep year-on-year declines in both land area and volume this fall

* Land sales in first-tier cities have fallen in the first three quarters, while sales in smaller cities surged

The amount of capital flowing into the real estate industry has declined, Country Garden Chief Financial Officer Wu Bijun said at a briefing in August.

A total of 2,332 plots of land, with a gross area of about 97.3 million square meters, were available for sale in September, according to a China Index Academy report. That was an 8% decrease year-on-year. A total of 1,950 plots were sold, down 13% compared with the same period last year.

An executive from a real estate company who didn’t want to be named said many property firms had stated their intention to slow land purchases in their internal meetings. “In one way, it’s because of cash flow pressure. Also, many developers feel the same as housing investors that they should buy more when prices are dropping, not when they are rising,” the executive said.