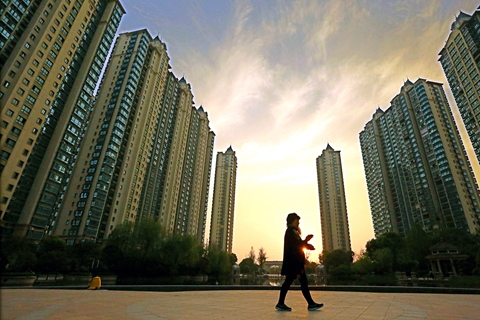 Six major listed developers have suspended bond sales since May, totaling 45 billion yuan ($7 billion), according to the latest data from the Shenzhen and Shanghai bourses.

Li Yujia, analyst at Shenzhen Real Estate Research Center, said regulators have raised the bar for developer bond issues to ensure that funds flow to the most qualified companies.

China Vanke is one of the few developers that remained on track with bond sales plans. On June 11, Vanke got regulator’s nod to issue 8 billion yuan of corporate bonds.

Country Garden’s plan to sell 20 billion yuan of bonds was suspended May 28. A major part of the borrowed funds were to be used for rental housing projects, the company said in its prospectus. A company representative told Caixin earlier that Country Garden was adjusting its fundraising and investment plan and will continue the bond sale upon further confirmation of relevant details.

Defaults on Chinese bonds have risen sharply this year, according to a recent report by China Central Depository & Clearing Co. A total of 13 issuers have defaulted on 20 bonds so far this year. The total amount of defaulted bonds reached 14.2 billion yuan, more than half the total for all of 2017.

According to Shi Dalong, analyst at Suning Institute of Finance, Chinese real estate developers will face more than 300 billion yuan of debt repayments in 2018 and a similar amount in 2019 after a rush of bond issuance since 2015.

As the door to the bond market narrows, developers have turned to alternative financing channels. According to Tospur Real Estate Consulting Co., as fundraising through bond sales for China’s 40 major developers declined more than 87% in May from the previous month, financing through trust loans surged almost seven-fold to 11.4 billion yuan.

Trust loans are borrowings from trust companies that raise money from investors to lend out. This kind of debt is generally more expensive than selling bonds.

Several industry sources said the tightening controls on bond issuance will add pressure on developers’ capital structures, and smaller players may have to seek funding through equity sales in the second half of the year.