By Zhang Lijun and Fran Wang 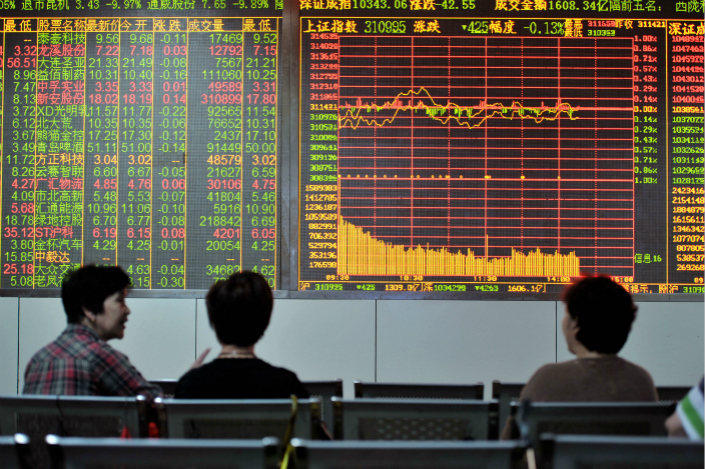 A securities business is seen in Jinhua, Zhejiang province, on Wednesday. Photo: VCG

The issuance of local government bonds increased for at least the third straight month in May, market data showed, fueling concerns that the boom may siphon funds available for investment in corporate debt and worsen the already tight credit environment for companies.

A total 355.3 billion yuan ($55.5 billion) in local government bonds was issued in May, the third consecutive month that the figure has risen from the previous month, according to data provider iFin. January’s figure was unavailable. But bond offerings in that month are usually low because local governments have yet to finalize their annual budgets.

In the first five months of this year, local governments issued a combined 876.6 billion yuan in bonds, down 35% from the same period last year. However, analysts widely expect offerings to pick up later this year, given that many authorities have postponed new bond issuances over the past few months as they have struggled to meet a deadline set by the Ministry of Finance in 2015 to swap all previous implicit, nonbond debt into official local government bonds within about three years. A deputy chief of the ministry’s budget department said the swap was expected to be completed by August, the Securities Daily reported in March.

The expected boom in local government bond offerings has sparked fears that it will encroach on the financing resources for companies, particularly as banks now prefer investing in less-risky assets due to tightening policy on “shadow banking” and the rising default risk of corporate bonds.

“Banks focused on the return on investment of their assets when they were able to carry out off-balance-sheet lending because the rate has to be high enough to cover the costs of their liabilities,” Chen Yiping, deputy director of the fixed-income investment division of fund manager HFT Investment Management Co. Ltd., told Caixin. “But now that banks are forced to move their assets back onto their books, … they will tend to favor assets that have relatively high return on investment, but require fewer reserves (to cover potential losses), such as … local government bonds.”

In late April, the Chinese government published long-awaited guidelines governing the country’s $16 trillion asset management industry. The new rules seek to break an implicit guarantee of repayment and also aim at reining in the shadow banking system, or off-balance-sheet activities that have mushroomed outside of regulatory oversight and that have led financial institutions to exploit regulatory gaps to invest in each other’s products, creating opaque and complicated webs of interconnected investments.

Chinese banks have scaled back the issuance of new wealth management products, a major type of the shadow banking business, in the wake of the release of the asset management rules. Meanwhile, short-term interest rates have spiked this year, straining the financing and refinancing ability of companies, particularly smaller enterprises.

As of the end of May, 12 corporate issuers defaulted on local-currency bonds with a combined value of 10.2 billion yuan, up from 10 issuer defaults worth 7.8 billion yuan in the same period last year, according to data from Hithink Royalflush Info.

Analysts have warned that the number of Chinese corporate bond defaults will reach a new high this year as a tighter supply of credit and rising borrowing costs due to the government’s national financial deleveraging campaign squeeze Chinese enterprises that have weak funding bases.