By Leng Cheng and Han Wei 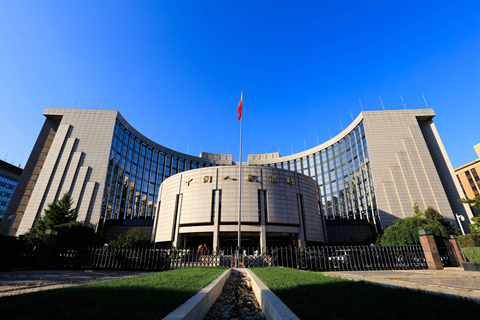 The rules were jointly published by the People’s Bank of China, the newly formed banking and insurance regulator, the securities watchdog and the State Administration of Foreign Exchange. Photo: VCG

China on Friday published the final version of unified regulations for the country’s rampantly growing asset-management industry, pushing back the deadline for compliance by a year and a half.

Markets have been awaiting for months the release of the final version of the new rules, which set an overarching regulatory framework covering all types of asset-management products that financial institutions offer.

The final version extends the grace period for compliance by 18 months to the end of 2020, from the previously deadline of June 30, 2019, reflecting a concession by policymakers.

The central bank said in a statement Friday that after careful assessment, regulators decided to extend the grace period to offer enough time for institutions to adjust their business and migrate off-balance assets back onto their books, while also maintaining market stability.

The rules require financial institutions to end the practice of guaranteeing the principal and interest for investors. Instead, financial institutions will have to offer investment yields based on the net asset value of their products that actually reflect the performance of the underlying assets. The Friday version provides a detailed definition of the implicit guarantee for asset management products, as well as penalties for violators.

Financial institutions are required to set aside 10% of their management fees as a risk reserve, replacing a variety of requirements currently imposed by multiple agencies.

The rules were jointly published by the People’s Bank of China, the newly formed banking and insurance regulator, the securities watchdog, and the State Administration of Foreign Exchange, after being approved in March by the State Council, the country’s cabinet.

A draft version of the asset management rules was issued in November for public comment and has set off months of heated debate, as financial institutions argued that they will face profitability and liquidity pressure under the stricter rules. Many institutions pushed back, asking for lax requirements, such as an extension of the grace period and a lowering of proposed barriers for investments using asset-management funds.

China’s massive asset-management market, with 102 trillion yuan ($16.1 trillion) invested at the end of 2016, has been plagued by lax supervision, excessive leverage and risks from mismatches between the duration of products and the maturity of assets. The industry has created a complex web outside the formal banking system, including 30 trillion yuan of investment products managed by banks and 53 trillion yuan issued by securities brokerages.