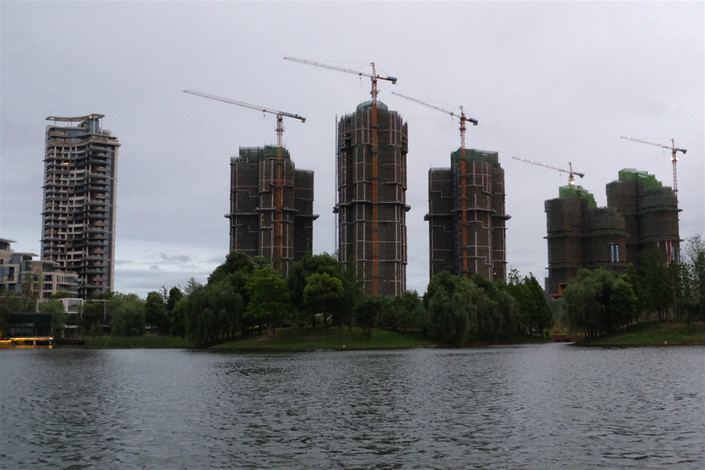 (Beijing) — A senior central bank official has called for China to move faster on implementing a long-awaited new property tax and suggested that local governments should experiment with tailored trial programs before legislation gets passed.

Discussions of a nationwide property tax have been going on for decades. In December, then-Finance Minister Xiao Jie said that China aims to implement the new tax based on the appraised value of a piece of property after a special law is passed. But authorities have yet to give a specific timetable for the completion of the law due to concerns about the impact that the tax would have on the real estate market — a key growth driver of the economy. The issue was left out of the legislative plan this year.

Xu Zhong, director-general of the research bureau of the People’s Bank of China, argued in an article published Thursday that local authorities should be allowed to try out different property tax policies, and that mistakes should be tolerated because they can inform the drafting of the final legislation.

“Some people believe that the reform of the property tax should come after the legislation. … But the question is: How do we know what rules to make without any experience?” he wrote in the opinion piece published on the website of the China Finance 40 Forum, a think tank comprising elite financial researchers from the government, research institutions and companies.

“Conditions have been relatively ripe for property tax trials to be carried out in China,” he said. “Local governments should be allowed to, within a framework designed at the central level, try things out at the grassroots level according to their own circumstances, even if mistakes are made.”

Top policymakers have been hesitating to overhaul the property tax because of the potential impact the change could have, Xu said.

“But by picking one Chinese city to carry out the trial, be it Shanghai, Beijing or any other place, the government can get risks under control so that any problems that do arise would be unlikely to cause significant damage to the country’s economy,” he said.

In 2011, Shanghai and the municipality of Chongqing in southwestern China were chosen to test out different approaches to the property tax. But implementation has been rather ineffective in curbing growth in home prices. In his article, Xu dismissed the levies in the two cities as “not being real property taxes.”

He proposed that the tax should be imposed on all real estate at a low rate, ranging from 0.2% to 1%. He left it to local officials to decide the rate that best suited them.

Xu also proposed creating certain exemptions to reduce the burden on homeowners, such as exempting 30 square meters (323 square feet) to 60 square meters of a home from the tax for each person living there.

Xu also urged policymakers to give an explicit time frame for the full rollout of the property tax while unveiling specific rules for the trials to guide market expectations and prevent panic among investors. In addition, the central government could allow local authorities to gradually increase the use of property tax revenues to repay local debt to give them greater incentives to move forward with the reform, he added.

“Reform is a learning process. Even plans that are considered to be well-designed at the beginning are often found to have defects during implementation,” he said in the proposal.