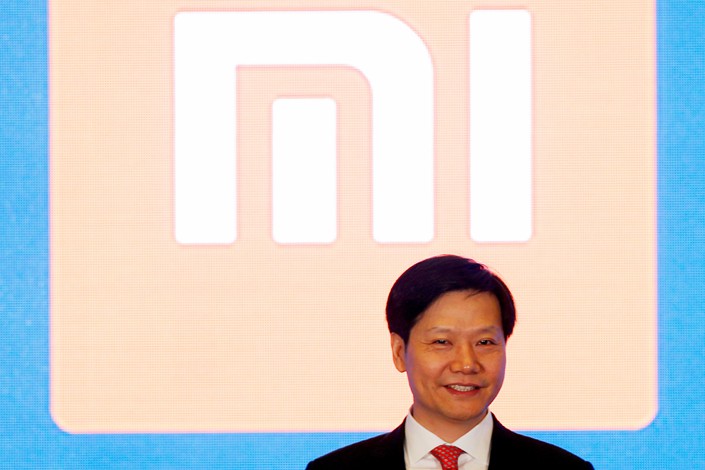 Shares of smartphone-maker Xiaomi Corp. bounced back slightly on Wednesday from an all-time low after the company’s CEO released figures that showed its latest high-end model has posted strong sales.

Xiaomi’s shares initially rallied after its $4.7 billion Hong Kong initial public offering (IPO) in July, but have moved steadily downward since then on concerns about its ability to compete in the market’s more lucrative higher end with the likes of Apple Inc. and Samsung Electronics. The market’s lower end — which is its specialty and accounted for 70% of its smartphone revenue in its IPO prospectus — is notoriously competitive and commands far less customer loyalty than the higher end.

Concerns about its longer-term prospects have scared off investors, shaving off more than a third of the company’s value from a peak shortly after its listing. At its current levels the stock now trades nearly 20% below its IPO price, valuing it at $44 billion, roughly the level it attained nearly four years ago during an early rapid rise.

In a bid to bring some investor enthusiasm to the company, co-founder and CEO Lei Jun revealed on Tuesday that Xiaomi has shipped more than 6 million of its higher-end Mi 8 series that launched in June, according to a post (link in Chinese) on his microblog. Mi 8 models sell from 2,499 yuan ($361) to 3,099 yuan, or well above the company’s average selling price of 952.3 yuan per unit for all of its smartphones in this year’s second quarter.

The 6 million sales figure is relatively strong for Xiaomi’s higher-end models, said IDC analyst Bryan Ma. “For high end models like that, it usually takes Xiaomi at least a year or so to reach those volumes,” Ma said.

By comparison, Xiaomi shipped a total of nearly 32 million smartphones of all types in this year’s second quarter, according to IDC.

Besides revealing the 6 million Mi 8 shipment figure, Lei encouraged people to forward his message and said that anyone who did so would be entered into a drawing for eight Mi 8 phones, while thanking everyone for their support.

Xiaomi’s stock rose 1.3% on Wednesday after Lei’s post, up slightly from an all-time closing low the two previous days. The company was the world’s fourth largest smartphone seller in the second quarter with 9.3% of the market, behind leaders Samsung, Huawei and Apple, according to IDC.