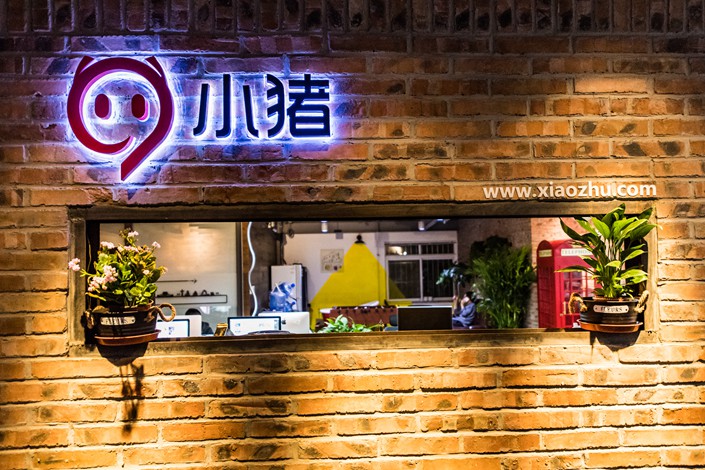 The valuation of the company wasn’t disclosed, but the 6-year-old firm became a unicorn — a private startup valued at over $1 billion — after its $120 million financing round in late 2017.

Xiaozhu, which is Mandarin for “piglet,” in May began to introduce “smart locks” embedded with a facial recognition function on the doors of its shared apartments. The technology is provided by Alibaba-affiliated fintech firm Ant Financial Services Group and is in use in 40 Chinese cities, Xiaozhu said.

Chen Chi, company co-founder and CEO, said that it will use the proceeds from the fundraising for global network expansion, plus improvements to services and smart home systems.

Xiaozhu has been actively expanding overseas since its partnership with online travel agency Agoda in March. The platform now has more than 500,000 listings on its platform by in more than 650 cities worldwide.

Xiaozhu isn’t the only Airbnb rival from China. Nasdaq-listed travel service provider Ctrip.com and Hong Kong-listed Meituan Dianping have subsidiaries that operate short-term home rental services. Privately owned Tujia.com, which merged with the smaller Mayi.com in 2016 and specializes in what Airbnb has been doing, has been seeking to muscle up its overseas portfolio.

After formally entering China — one of its largest markets — in late 2016, Airbnb has occasionally run into trouble due to its unfamiliarity with the local regulatory and cultural environment. In August, it abruptly canceled a promotion that would have given winners of a competition free overnight stays on the Great Wall, one of China’s most iconic attractions. Airbnb said it designed the promotion in accordance with authorities’ wishes, but decided to scrap the promotion after receiving feedback from an unspecified cultural heritage body.

In addition, like other reservation service providers in China, Airbnb has been required to share information on both its hosts and the travelers who use its system to local police, which has worried some users who are sensitive about their privacy.