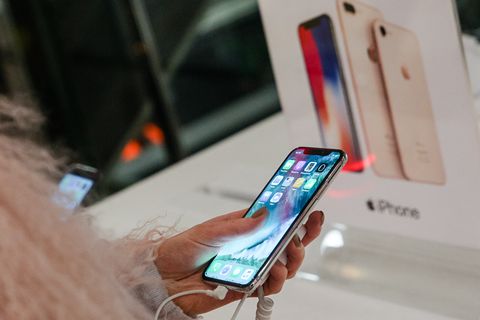 Several Apple users have reported losses from their accounts in recent days, ranging from several hundred yuan to thousands of yuan, sparking concerns about the security of Apple accounts.

Apple didn’t respond to a Caixin request for comment.

Alipay said it contacted Apple several times regarding the issue. Apple said actions are being taken to resolve the problem, Alipay said.

A user in Chengdu, in Sichuan province, told Caixin that someone stole his Apple account, which is linked to WeChat Pay, on the afternoon of Oct. 8, spending 5,834 yuan ($843) in minutes on several transactions to purchase mobile games.

Several other Apple users told Caixin that their accounts were also stolen recently with losses of several hundred yuan.

Apple’s customer service department told Caixin that users need to submit required documents for compensation and the company will decide based on its terms and conditions.

Bi Yu, chief executive officer of internet security firm Threat Hunter, told Caixin that the tendency among internet users to link their accounts for different online services for convenience is exposing them to greater security risks.

For instance, when users make purchases in Apple’s app store with third-party payment accounts, it is more difficult for the payment provider to verify the transaction due to the lack of data from Apple, Bi said. But Apple should take responsibility for protecting users from the risk of data leaks or account theft, he said.

Another internet security expert said a rise in security risks for Apple accounts has been detected since August, indicating possible hacking attacks. The expert said Apple should enhance security scrutiny and forbid transactions without password when made through accounts logged on to a new device.