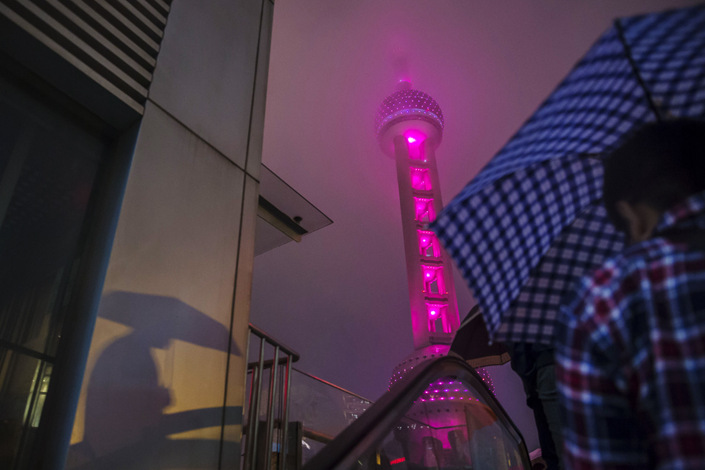 (Bloomberg) — In most countries, only a handful of financial institutions are large enough to warrant a “too big to fail” label. China isn’t most countries.

After a decade of runaway credit expansion and regulatory loosening, the nation’s $40 trillion financial system is teeming with giants. Not only have China’s biggest financial companies kept growing bigger and more complex, but formerly little-known firms are now some of the largest on Earth.

All four of the world’s biggest banks by assets are Chinese, according to data compiled by Bloomberg. Industrial & Commercial Bank of China Ltd. alone controls $4.1 trillion, an amount that exceeds the GDP of all but three of the world’s countries. Ping An Insurance (Group) Co., a name that few outside China recognized 10 years ago, has 45% more assets than Warren Buffett’s Berkshire Hathaway Inc.

It’s no wonder Chinese authorities are getting antsy. They’re planning to increase the number of companies deemed big enough to become systemically important financial institutions, people familiar with the matter said on Wednesday, a designation that would make the firms subject to extra capital requirements. Regulators led by China’s central bank will initially shortlist at least 50 of the country’s largest lenders, insurers and brokerages as possible SIFIs, said the people, asking not to be identified because the matter is private.

“It’s always better to prepare for the worst before any crisis,” said Chen Shujin, a Hong Kong-based analyst at Huatai Securities Co.

China’s biggest banks all saw declines on Thursday, amid the broader stock sell-off. ICBC dropped as much as 3.6% in Hong Kong in early trading, while Bank of China Ltd.’s Hong Kong-listed shares were down as much as 3%.

The timeline for any changes is unclear. But as the following charts show, authorities have good reason to be concerned.

Chinese banks added 202 trillion yuan ($29 trillion) of assets in the past decade, mostly through loans, official data show. By comparison, U.S. commercial banks held $17.5 trillion of assets at the end of June, according to the Federal Deposit Insurance Corp.

China is home to the world’s four largest banks by assets. ICBC, Bank of China, China Construction Bank Corp. and Agricultural Bank of China Co. also reported some of the industry’s biggest profits.

China’s total debt climbed to an estimated 266% of gross domestic product at the end of 2017 despite multiyear efforts to control leverage. Recent data from the Bank for International Settlements showed Chinese non-financial corporate debt is rising again as a percentage of GDP in 2018 following a year and a half of sliding from its mid-2016 record.

China’s shadow banking sector climbed to 79% of GDP at the end of last year, according to Moody’s Investors Service. While the proportion has fallen in 2018, it remains a key risk factor.

Squeezed by bad debt, system-wide capital adequacy ratios have dipped in recent years — with dramatic declines at some smaller lenders — while falling stock valuations have made it harder to raise fresh capital.