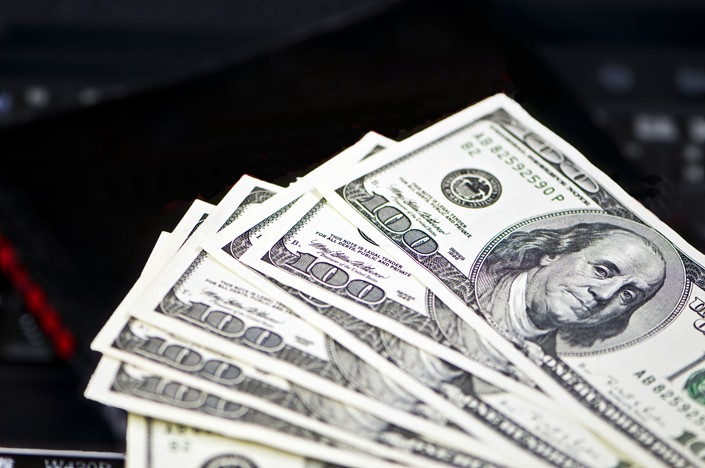 BRUSSELS — U.S. President Donald Trump’s unilateralism is reshaping the world in profound and irreversible ways. He is undermining the working of multilateral institutions. Other countries, for their part, no longer regard the United States as a reliable alliance partner and feel impelled to develop their own geopolitical capabilities.

Now the Trump administration is eroding the dollar’s global role. Having unilaterally reimposed sanctions on Iran, it is threatening to penalize companies doing business with the Islamic republic by denying them access to U.S. banks.

The threat is serious because U.S. banks are the main source of dollars used in cross-border transactions. According to the Society for Worldwide Interbank Financial Telecommunication (SWIFT), dollars are used in nearly half of all cross-border payments, a share far greater than the weight of the U.S. in the world economy.

In response to the Trump administration’s stance, Germany, France, and Britain, together with Russia and China, have announced plans to circumvent the dollar, U.S. banks, and U.S. government scrutiny. “Plans” may be a bit strong, given that few details have been provided. But the three countries have described in general terms the creation of a stand-alone financial entity, owned and organized by the governments in question, to facilitate transactions between Iran and foreign companies.

Those companies will presumably settle their claims in euros, not dollars, freeing them from dependence on U.S. banks. And insofar as the Europeans’ special-purpose financial vehicle also bypasses the SWIFT, it will be hard for the U.S. to track transactions between Iran and foreign companies and impose penalties.

Is this plan viable? While there is no purely technical obstacle to creating an alternative payments channel, doing so is certain to enrage Trump, who will presumably respond with another round of tariffs against the offending countries. Such, unfortunately, is the price of political independence, at least for now.

Having learned a painful lesson about dependence on the dollar, will other countries move away from it more generally? The fact that the dollar is used so widely makes doing so difficult. Banks and companies prefer using dollars because so many other banks and companies use dollars and expect their counterparties to do likewise. Shifting to another currency would require coordinated action. But with the governments of three large European countries having announced just such coordination, such a scenario can no longer be excluded.

It is worth recalling how the dollar gained international prominence in the first place. Before 1914, it played essentially no international role. But a geopolitical shock, together with an institutional change, transformed the dollar’s status.

The geopolitical shock was World War I, which made it hard for neutral countries to transact with British banks and settle their accounts using sterling. The institutional change was the Federal Reserve Act, which created an entity that enhanced the liquidity of markets in dollar-denominated credits and allowed U.S. banks to operate abroad for the first time. By the early 1920s, the dollar had matched and, on some dimensions, surpassed sterling as the principal vehicle for international transactions.

This precedent suggests that five to 10 years is a plausible time frame over which the U.S. could lose what Valéry Giscard d’Estaing, then France’s finance minister, famously called the “exorbitant privilege” afforded it by issuing the world’s main international currency. This doesn’t mean that foreign banks and companies will shun the dollar entirely. U.S. financial markets are large and liquid and are likely to remain so. U.S. banks operate globally. In particular, foreign companies will continue to use dollars in transactions with the U.S. itself.

But in an era of U.S. unilateralism, they will want to hedge their bets. If the geopolitical shock of Trump’s unilateralism spurs an institutional innovation that makes it easier for European banks and companies to make payments in euros, then the transformation could be swift (as it were). If Iran receives euros rather than dollars for its oil exports, it will use those euros to pay for merchandise imports. With companies elsewhere earning euros rather than dollars, there will be less reason for central banks to hold dollars in order to intervene in the foreign exchange market and stabilize the local currency against the greenback. At this point, there would be no going back.

One motivation for establishing the euro was to free Europe from excessive dependence on the dollar. This is likewise one of China’s motivations for seeking to internationalize the renminbi. So far, the success of both efforts has been mixed at best. In threatening to punish Europe and China, Trump is, ironically, helping them to achieve their goals.

Moreover, Trump is squandering U.S. leverage. Working with the Europeans and the Chinese, he could have threatened Iran, and companies doing business there, with comprehensive and effective sanctions had there been evidence that the country was failing to live up to its denuclearization obligations. But working together to ensure Iran’s compliance was, of course, precisely what the Joint Comprehensive Plan of Action, renounced by the Trump administration earlier this year, was established to do.