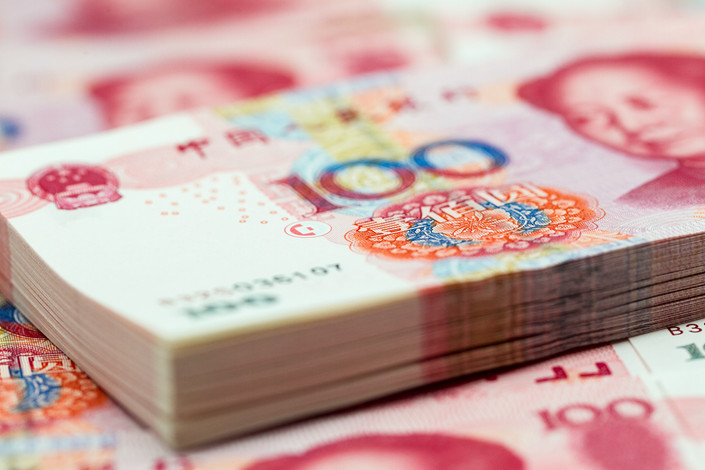 Donald Trump’s trade war has succeeded in accomplishing at least one thing. It has focused attention on the fact that China is running a bilateral trade surplus of more than $300 billion with the United States. At the same time, the American president’s misguided preoccupation with bilateral trade has diverted attention from the really big news, namely that China’s overall current account surplus, which was fully 10% of gross domestic product a bit more than a decade ago, looks to have all but disappeared.

The questions are what economic forces lie behind this trend, whether it is sustainable, and most of all whether the disappearance of the surplus is real.

Arithmetically, the current account balance is the excess of saving over investment. Thus, the decline of the surplus must reflect the fact that China’s saving has been falling faster than its investment. The decline in the Chinese saving rate is predictable, insofar as it reflects an ageing population. The Lifecycle Model that is the economist’s workhorse for understanding saving behavior emphasizes that people save in their working years and dis-save in retirement. It predicts that as China’s old-age dependency ratio rises, its savings rate will fall. Given the long shadow of China’s one-child policy, we can expect the trend to continue.

Karl Marx wrote that the less developed country can look to the more developed country to see an image of its future. Thus, China can look to Japan to see how its saving behavior will play out. Between 1995 and 2015, when the share of the Japanese population between ages 20 and 64 declined from 63% to 56%, the household savings rate fell from 10% to virtually zero. But the decline in the Japanese savings ratio was gradual. It took fully two decades for Japanese savings rates to fall by 10 percentage points. The same is likely to be true of China.

China’s shift from saving to consumption will be reinforced by the process of building out the social safety net. This will make it less pressing for households to accumulate financial assets as protection against illness and other unforeseen personal circumstances. Again, we can expect this trend to continue and for China to gradually become more of a normal consumer society.

But developments on the investment side of the equation are less promising. That the current account surplus has been falling indicates that investment has not adjusted downward along with saving. While high investment has long fueled China’s economy, it has also produced empty apartment blocks, ghost cities, and overcapacity in heavy industry, as the government repeatedly boosted investment, by state-owned enterprises in particular, to offset unfavorable external conditions.

The implications for economic performance are not positive. Rather than funding useless projects, it would be better if the authorities allowed investment to fall to the lower levels typical of a middle-income economy. Note, however, that if this happens, as it should, China’s current account surplus will widen again.

An important technical point arises in this connection. As Chang-Tai Hsieh of the University of Chicago and his colleagues in Hong Kong have shown, China’s official statistics overstate the level of investment. Because local government officials are rewarded for hitting their investment targets, they have an incentive to exaggerate the value of their investment projects. Hsieh and his colleagues suggest that this tendency toward overstatement, while not new, has become even more pronounced in recent years.

If the official statistics overstate investment, then they must also understate the current account surplus — again, as a matter of arithmetic. Anna Wong of the Federal Reserve Board has shown that this indeed is the case. A significant fraction of Chinese tourist spending abroad, which is a debit item on the current account, does not, in fact, reflect the consumption of goods and services by holidaymakers but, rather, the surreptitious acquisition of foreign financial assets. Given established accounting conventions, those foreign asset purchases should not be counted as part of the current account.

The reality, then, is that China’s current account surplus is larger than advertised. But it will shrink if the authorities again goose investment in response to a slowing economy. Prime Minister Li Keqiang recently announced plans to invest 800 billion yuan ($119 billion) in railway construction and 1.8 trillion yuan in roads and waterways. The implication is larger current account deficits going forward.

Earlier this month The Economist published an article that warned of far reaching consequences, including a weaker yuan and pressure to relax restrictions on capital inflows to enable China to attract the foreign investment needed to finance its deficit. China’s current account deficit may vanish one day, and these consequences may ultimately follow. But not yet.

Barry Eichengreen is the George C. Pardee and Helen N. Pardee Professor of Economics and Political Science at the University of California, Berkeley. His latest book is “The Populist Temptation: Economic Grievance and Political Reaction in the Modern Era.”