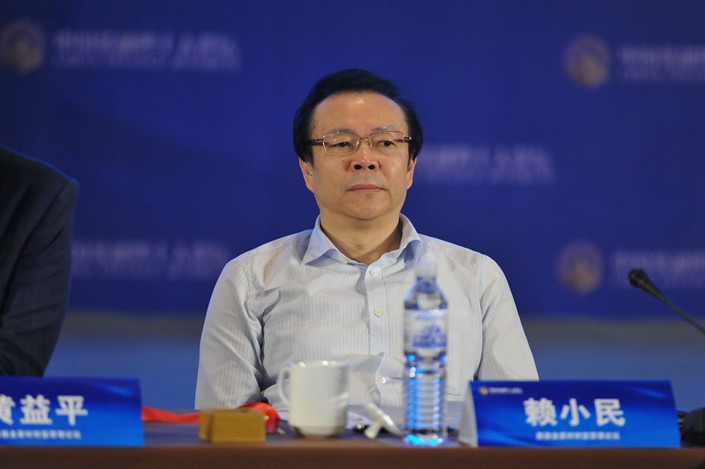 Lai Xiaomin, the former chairman of China Huarong Asset Management Co. Ltd., has been expelled from the Communist Party of China. Photo: IC

The former chairman of China Huarong Asset Management Co. Ltd., one of the nation’s four largest bad-asset managers, has been expelled from the Chinese Communist Party for “serious violations of discipline,” a common party euphemism for corruption.

Lai Xiaomin, who was also Huarong’s party boss, also was removed from public office, according to a statement published Monday (link in Chinese) by the Central Commission for Discipline Inspection (CCDI), the party’s top corruption watchdog.

Lai, one of the most senior executives to fall under China’s campaign to root out financial sector misconduct, will now be prosecuted for suspected crimes related to corruption and bribery. He has been accused of multiple wrongdoings, including cronyism and embezzlement of public property.

Established in 1999, Huarong is one of four national asset management companies established by Beijing around that time to clean up soured loans in the country’s banking industry. Lai joined Huarong in 2009 and was appointed the company’s chairman and party chief in 2012.

During his tenure, Huarong underwent a radical transformation marked by a rapid expansion of its assets, liabilities and business scope. The company has grown into a financial holding group engaging in a wide range of financial services, including securities, trusts, banking and financial leasing. Since 2015, the company has also been investing overseas at an accelerated pace, acquiring more than 3 trillion yuan ($433 billion) in offshore assets.

According to the CCDI report, Lai “caused bad political influence” by going against the central government’s financial work guidelines and policy instructions. The watchdog said his “blind expansion and disorderly management” has led the company to seriously deviate from its main responsibility and core businesses.

Lai also engaged in political opportunism, used public money to host unauthorized banquets, exchanged power for sex, and exploited his position and influence to seek interests for family and friends, it added.

Before Joining Huarong, Lai had spent more than a decade in the People’s Bank of China, where he became the vice director of the central bank’s credit management department in 1997 at the age of 35. In 2003, he became the first director of the Beijing branch of the then-newly established and now-defunct China Banking Regulatory Commission.