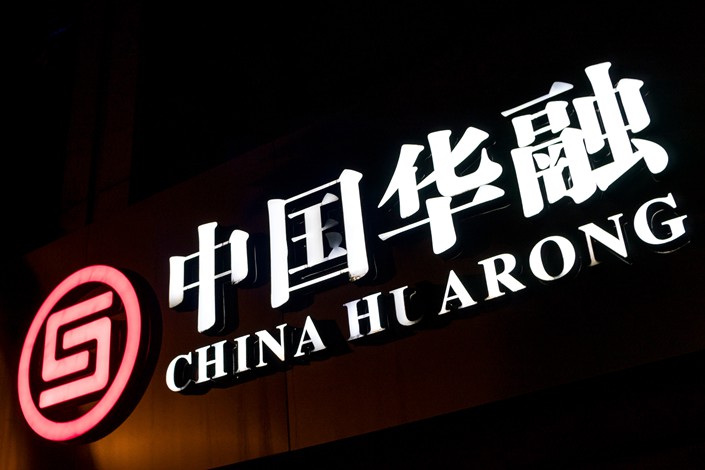 *Wang Zhanfeng has set up an internal check to assess the risk of Huarong’s outstanding assets, established a new department to address the company’s heightened leverage and purged executives close to his predecessor

To rebuild Huarong’s reputation as a reliable state-owned financial conglomerate, the company’s new boss, Wang Zhanfeng, has stepped up efforts to both wipe out Lai’s lingering influence inside the company and walk Huarong back from its recent history of murky deal-making to focus on its core distressed-debt business, Wang told Caixin in an exclusive interview.

In the interview, Wang, the former head of the Guangdong province branch of China’s banking regulator, made his first public comments about Huarong after taking over the bad bank on Tuesday.

After Lai fell under investigation for graft on April 17, questions quickly emerged about the company’s health stemming from its former chairman’s risky business endeavors and ambiguous ties to private borrowers. Lai’s fall, coupled with tightening liquidity conditions, hit Huarong’s performance in the first half of 2018, when its profit collapsed by 95% year-on-year.

In the first half, Huarong acknowledged a 12.1 billion yuan ($1.77 billion) loss in the value of its financial assets, according to the report

That loss was up 155.3% from the same period in 2017 and accounted for the biggest drag on its profits. Huarong’s Hong Kong shares plunged by more than 10% to HK$1.63 (21 U.S. cents) on the day it reported the loss. As of Thursday, the company’s shares had fallen more than 54.7% since news broke that Lai was under investigation.

Wang pinned the earnings plunge on the fact that Lai’s corruption scandal hit in the midst of the national deleveraging campaign, which has made liquidity harder to come by.

During his tenure at the company, Lai leveraged his personal connections and Huarong’s status as a government-backed financial firm to expand the company’s balance sheet sixfold over six years. The expansion allowed the company to quadruple its profits, but at the cost of making questionable investments that may have increased the bad bank’s own bad assets.

Calling the situation “growing pains,” Wang said the company is working to restructure its assets and resolve its problems. One of its solutions has been to shelve a long-planned listing on the Chinese mainland.

“We are now laying out a comprehensive plan for Huarong’s future transition and development,” Wang said. “Abandoning the listing on the A-share market is a part of the overall strategic adjustment.”

Still, concerns linger about Huarong’s high leverage and lack of capital. On Aug. 28, the ratings agency S&P Global Ratings downgraded Huarong’s long-term issuer credit rating by one notch to BBB+ from A-, with a stable outlook. S&P issued the downgrade due to concerns about its mounting debt, weakening profitability and stalled plans to raise capital.

To get a closer look at Huarong’s debt and assets, Wang initiated a special internal check to evaluate the risk levels of the company’s outstanding assets. The risk evaluation has been focused on key projects spotlighted in the news media, Wang said. The company has also set up a new department to address its heightened leverage — the result of all its risky deal-making.

“We will follow market rules and dispose of the risky assets when the time is right in order to maximize their value,” Wang said.

Going forward, Huarong will focus on its core distressed debt business, Wang said. It will also look into serving the real economy by using a range of tools including debt-to-equity swaps and debt restructuring.

Wang said that the ongoing deleveraging campaign offers investment opportunities for Huarong to profit from companies that undergo restructuring, as well as mergers and acquisitions. “Huarong should take advantage of its expertise in bad assets and digging out the value of the assets we purchase,” he said.

According to Wang, Huarong will hold an event on Sept. 27 in which it will showcase some of its assets to investors.

In the meantime, the new management team led by Wang has sought to purge Lai’s influence from the company. They have recently replaced the top people at several of Huarong’s financial subsidiaries, including Huarong Securities Co. Ltd., Huarong International Trust Co. Ltd. and Huarong Real Estate Co. Ltd., due to their close ties with Lai and possible involvement in the bribery investigation.

“This is a clear signal and guidance (of corporate governance),” Wang said, adding that the power of the party committee at Huarong will be strengthened. “Huarong should create an atmosphere for an internal power ecosystem that is fair and square,” Wang said. “The management structure should be clear, relationships between colleagues should be clear, and accountability should be clear, too.”