By Dong Jing and Ke Dawei 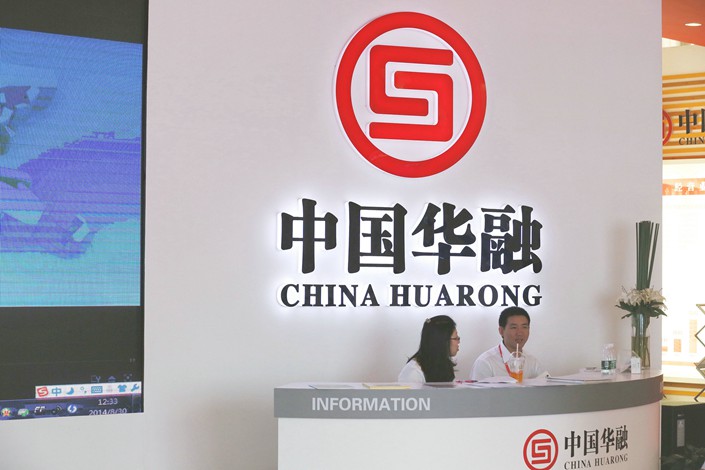 The ongoing corruption investigation into former Chairman Lai Xiaomin and the related “prominent decrease” in the company’s first-half net profit, which fell 95% year-on-year, have created “uncertainty” over its planned mainland stock offering, leading Huarong to withdraw its application with regulators, the company explained in a filing with the Hong Kong Stock Exchange.

The withdrawal highlights how far confidence in Huarong has sunk since the Central Commission for Discipline Inspection’s announcement in April that it was investigating the company’s then-Chairman Lai over abnormalities in its $3.2 billion financial backing for an electrolytic manganese producer in Northwest China’s Ningxia Hui autonomous region.

In 2016, Lai had said the company would receive a higher valuation on the mainland than it would in Hong Kong. The shelving of the mainland-market plans suggests that its current management is not as bullish about its current prospects.

Credit rating agencies such as S&P Global Ratings assume that Huarong will receive a high level of government support in the event of financial difficulties in part because of its role as one of the country’s state-owned “big four” asset management companies — entities created in 1999 to take bad loans off the books of China’s four largest state-owned banks to prepare them to go public in the following decade. Yet the withdrawal of the mainland-listing plans suggests the company might be concerned even implicit government support may not be enough to encourage sufficient market interest.

Huarong hoped the mainland launch would help it to raise around 19 billion yuan ($2.77 billion) when it announced the plan in 2016, a year after it successfully listed on the Hong Kong exchange. Yet even while its prospects appeared relatively rosy, Lai had aggressively expanded the company’s overseas operations while issuing large numbers of offshore bonds to fund risky investments, racking up outstanding overseas debt of more than $20 billion before his fall.

Huarong has been particularly haunted by these problems in recent weeks. First, S&P downgraded Huarong’s long-term issuer credit rating by a notch to BBB+ from A- with a stable outlook, due to weak levels of capital sufficiency amid expectations of continued high leverage. Huarong would have been viewed as a substantially riskier proposition without the expected government support, S&P said.

Notably, auditor Deloitte issued an audit report with reservations, saying the company failed to review the potential impact of Lai’s ongoing investigation on the company’s financial statements, including the valuation and recoverability of certain special structured fund investments and loans.

Huarong’s Hong Kong shares closed down 2.08% in Hong Kong on Tuesday. The stock’s price has fallen about 55% since Lai was detained.