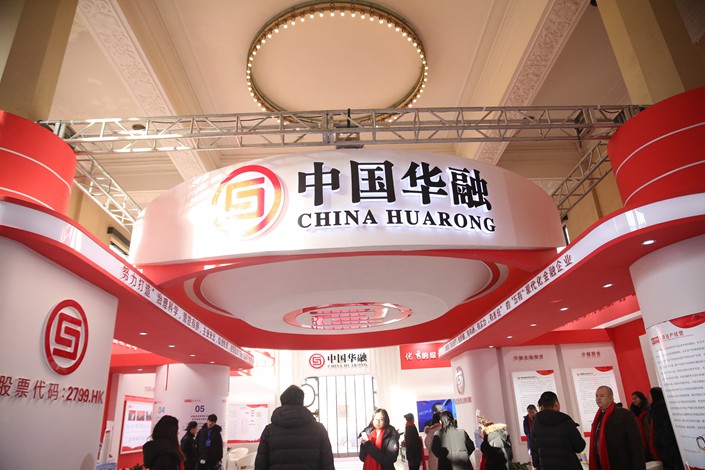 S&P has lowered its long-term issuer credit rating for China Huarong by one notch to BBB+ from A- with a stable outlook, the ratings agency said in a statement on Tuesday.

BBB+ is the sixth-highest ranking on S&P Global Rating’s 16-level classification system. It falls at the higher end of the BBB grade, which indicates the bond issuer has adequate capacity to meet its financial commitments, though adverse economic conditions or changing circumstances are more likely to weaken that capacity.

China Huarong was downgraded because the ratio of interest-bearing debts to adjusted total equity for the company’s dominant nonbank segment is expected to hover at high levels around where it was at the end of 2017, S&P said in a statement. The ratio, a gauge of financial leverage, was well above the threshold that indicates capital sufficiency is weak enough to trigger a negative review.

The outlook on China Huarong is stable as the state-run company is highly likely to get “extraordinary government support” if needed, the statement said. It added that without considering the potential support, the company’s rating would have been four notches lower at BB, which suggests major ongoing uncertainties and exposure to adverse business, financial or economic conditions that could affect the debtor’s ability to meet its obligations.

“The stable outlook on China Huarong reflects our view that the company will maintain an important role to the government, as it is playing a vital role in supporting the stability in the country’s financial system,” S&P said.

“At the same time, the company’s very strong link with the Chinese government is likely to continue because we expect the government to maintain its strong control and influence over the group as evidenced from the recent senior management reshuffle.”

The Central Commission for Discipline Inspection, the party’s anti-graft watchdog, announced in April that Lai Xiaomin, chairman and Communist Party chief of China Huarong since 2012, has been placed under investigation for “serious violation of rules and the law.” He was removed from his posts soon after the commission’s announcement.

Lai had leveraged his personal connections and China Huarong’s status as a government-backed financial giant to expand the company’s balance sheet nearly sixfold over six years. The breakneck expansion enabled the company to quadruple its profits, but at the cost of making questionable investments that may have expanded its own bad assets.

Wang Zhanfeng, head of the Guangdong province branch of China’s banking regulator, has been appointed party chief of the company and is set to be named by the firm’s board of directors as its chairman.

S&P expects China Huarong’s leverage to remain high as its plans to raise capital have lost traction — evidenced by its recent announcement for an extension of the validity period for some of its share offerings, and its falling profitability in the near term as the firm reorganizes to reduce debt and risk exposures.

“We observed tighter risk management and lower risk appetite under China Huarong's new management team, after the ex-chairman was removed from his position amid investigations into alleged irregularities. Under the new management team, the group has further tightened its control over its offshore investment activities,” it said.