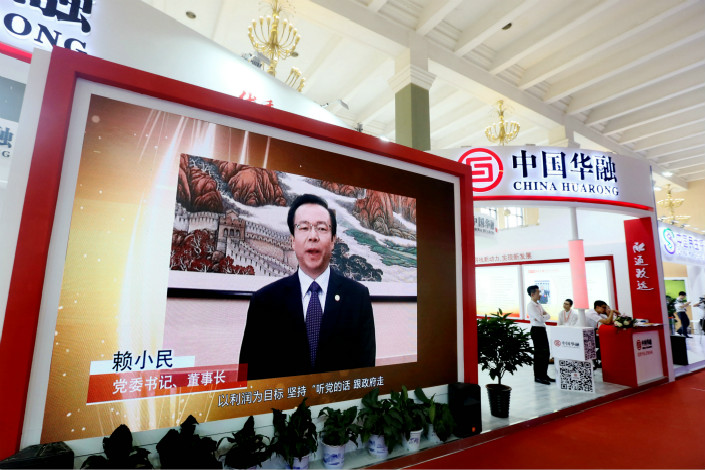 How much could a 3-ton pile of cash be worth?

The cash found at Lai’s houses is only part of the bribes he allegedly took. It made his the biggest corruption case in China’s financial system since the People’s Republic was founded in 1949, according to people at the meeting.

In 2014, former senior energy official Wei Pengyuan was found to have kept 230 million yuan in cash at his home. Investigators deployed 16 money-counting machines, four of which broke during the process.

Wei, the deputy head of the coal bureau at China's National Energy Administration, in 2016 was given a suspended death penalty for corruption, which was later converted to life imprisonment.

Huarong’s Lai was placed under investigation by the Communist Party’s graft buster in April. No official details about the investigation have been made public.

Lai’s downfall rattled Huarong, one of China’s four big “bad banks” established in 1999 to take over bad assets and clean up soured loans in the country’s banking industry. The company has stepped up asset sales and internal management reshuffles as part of efforts to recover from the scandal.

Huarong Securities, a subsidiary of Huarong, recently halved salaries of many employees, reflecting slowing business and the impact of the investigation, Caixin learned.

Lai, chairman and Communist Party chief of Huarong since 2012, leveraged his personal connections and Huarong’s status as a government-backed financial giant to expand the company’s balance sheet sixfold over six years. The breakneck expansion enabled the company to quadruple its profits but at the cost of making questionable investments that may have expanded the bad bank’s own bad assets.

Caixin learned in April that investigators have been probing Huarong’s involvement in illicit financial backing of private firms, as well as its opaque business ties with embattled private conglomerates including Tomorrow Holding Group and CEFC China Energy.