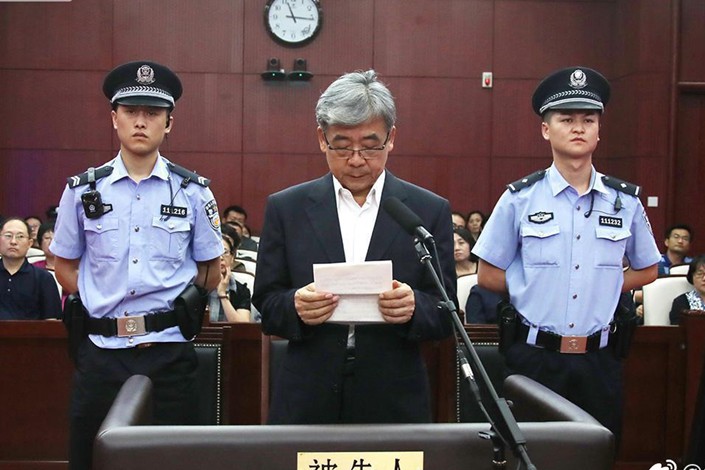 Sometimes, even the disciplinarians must be disciplined.

A former senior anti-graft official pleaded guilty Tuesday to taking nearly 33 million yuan ($4.8 million) in bribes — much of it in the form of gold bars, jade and jewelry.

Zhang Huawei was a senior disciplinary inspector for years at the Communist Party’s powerful Central Commission for Discipline Inspection (CCDI), until he came under investigation in April.

The court said that Zhang used his influence to benefit associates in business operations, property sales and job promotions.

CCDI itself has come under intense scrutiny over its extrajudicial detention of corruption suspects and its lack of transparency in handling allegations against party officials.

Wei Jian, another former CCDI official, was sentenced to 15 years in prison at a court in the eastern province of Shandong last year for taking in 54 million yuan in bribes from 2002 to 2014.