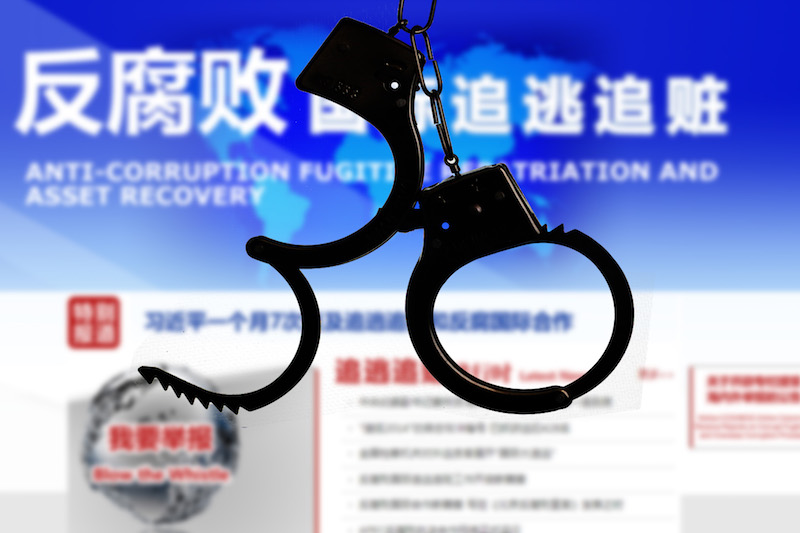 According to the information released by the CCDI, 23 fugitives may have fled to the U.S. and that Canada and New Zealand are also among the main countries where fugitives may be hiding. Some possible addresses including community or street names are listed.

Among the 50 named, 21 have been on the run for more than 10 years. Most of the fugitives are accused of taking bribes, abusing power and embezzlement.

One of the listed fugitives is Cheng Muyang, the former president of a Hong Kong investment firm and former general manager of an advertising company in Beijing. He fled China in August 2000 under suspicion of embezzlement. He is now believed to be living in Vancouver or New Zealand, according to the statement.

Cheng, 47, is the son of the former party secretary of the northern province of Hebei, Cheng Weigao. In 2003, the father was put under investigation for alleged serious violation of party discipline, a euphemism for corruption, but died in 2010 without being charged.

Also listed by the graft buster is Shi Jianxiang, former chairman of peer-to-peer lending platform Shanghai Kuailu Investment Group. Shi fled China in March 2016 after his company failed to make payments to investors and is believed to be in California. He is accused of illegal fundraising.

In April, 2017, China for the first time released information on 22 fugitives, all listed among the 100 wanted officials put on Interpol red alerts by China. Six on the list have surrendered to the police so far, according to the statement.

China launched the "Sky Net" operation in 2015 targeting fugitives abroad. The operation captured 4,141 fugitives from more than 90 countries and regions and recovered nearly 10 billion yuan ($1.56 billion) of assets as of the end of April, said CCDI in a statement.