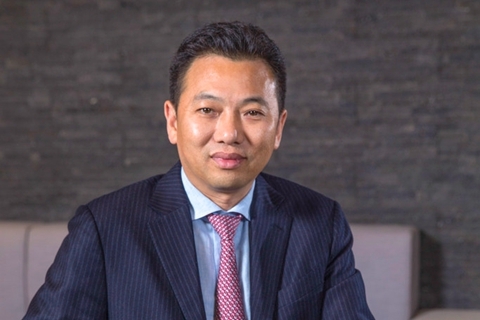 * Yang has close business tie with Huarong International Financial Holdings Ltd., whose former head was placed under investigation in June

Hong Kong news site Winmoney reported that Yang was detained at an airport after he arrived in Cambodia Thursday for a visit to a local casino, citing an unidentified source. Caixin confirmed the news from separate sources.

It is unclear which department detained Yang, but Caixin learned that Landing International has close business ties with embattled state-owned bad asset manager China Huarong, whose former head is under investigation in what may be the country’s largest financial sector corruption case since 1949.

Huarong came under the spotlight after its former chairman and Communist Party chief, Lai Xiaomin, was investigated and removed for “serious violation of rules and the law.” Caixin reported earlier this month that investigators found 270 million yuan ($39.3 million) in cash at several properties owned by Lai. The cash is only part of the bribes he allegedly took, sources told Caixin.

Lai, who has headed Huarong since 2012, leveraged his personal connections and Huarong’s status as a government-backed financial giant to expand the company’s balance sheet six-fold over six years, but at the cost of making questionable investments that may have expanded the bad bank’s own bad assets. Investigators have been probing Huarong’s involvement in illicit financial backing of private firms, Caixin has learned.

Yang has been a controversial figure in Hong Kong business circles as speculation has circulated that he engaged in fraud.

Business records showed that Huarong International in 2015 bought a HK$1.44 billion ($183.4 million) stake in Telefield Holdings Ltd. from Yang. Telefield is an electronic components manufacturer controlled by Yang. The deal generated more than HK$800 million of net profit for Yang but left Huarong International with a loss of HK$1.15 billion when it sold the stake in 2017.

Landing International’s stock has taken a wild ride this year. Its share price surged 50% within a week after the company released strong first-half earnings Aug. 2. Landing International said its first-half revenue more than quadrupled from a year ago to HK$1.75 billion, boosted by a surge of casino revenues.

Landing International said in its Thursday filing that the company’s business operations and financial positions have remained normal and that the absence of Yang would not have any material adverse impact on the company.

Bad Business at a ‘Bad Bank’