Suyi Kim: Long-Term Approach Pays Off for Companies, but Patience Needed From Stakeholders 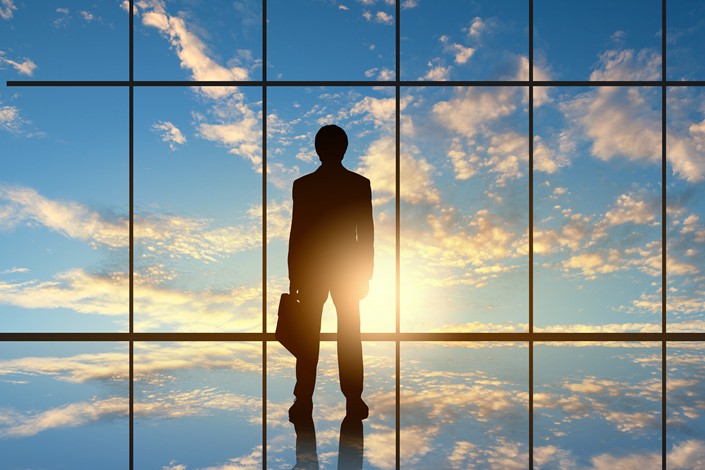 Across the business world, there has been a growing trend in recent years of more companies staying private longer and more public companies privatizing as they seek to avoid exposure to short-term pressure from stock investors. The trend is especially prevalent among companies in sectors such as biotech, where it may take decades before the results of a business’s long-term investments, such as research and development (R&D), take effect. There is a need for patient capital in an impatient world.

Some tech companies are taking the same approach. The Chinese communications giant Huawei declined to go public and instead committed its resources to long-term research and development.

As more companies look at the challenges associated with the demand for short-term performance metrics and the impact of quarterly pressure on long-term goals such as innovation, a new chapter is opening in a decades-long debate: whether public listing and the accompanying pressure from shareholders undermines long-term value creation by corporations. And for those executives who have embraced a long-term perspective, the question then becomes how to persuade their boards and shareholders to follow suit.

What constitutes a long-term perspective? It is a frame of mind that encompasses the entire spectrum of a company’s governance, strategic planning and operations, including risk management, capital allocation decisions, investment in R&D, talent development and incentive structures. It requires persistence through periods of short-term underperformance, thereby reaping the rewards of patience. Long-term companies are not driven by benchmarks or so-called “beauty contests” among peers, and instead are focused on long-term expectations and outcomes.

All companies are affected by short-term pressure. But to what extent does it impact a company’s leadership structure, decision-making mechanisms, and even its culture?

These questions prompted the Canada Pension Plan Investment Board (CPPIB) and McKinsey & Co. to systemically examine U.S. public companies for more than a decade, and later expand the scope of our research to other markets. We’ve surveyed thousands of public companies and monitored their short-term and long-term behaviors. The research study keeps track of several key metrics, including investment, earnings quality and quarterly target management, to qualitatively assess the organization’s propensity to think and act with a long-term perspective (or what we call “long-termism”).

Survey results from a 2001-15 study of 615 large and midcap U.S. publicly listed companies demonstrated that companies with a long-term approach outperform their shorter-term peers. Cumulatively, the long-term firms grew on average 47% more than the revenue of other firms, and with less volatility. The earnings of long-term firms grew 36% more on average over this period than those of other firms, and their economic profit grew by 81% more on average.

Long-term companies also exhibit stronger financial performance over time. On average, their market capitalization grew $7 billion more than that of other firms between 2001 and 2014. Their total return to shareholders was also superior, with a 50% greater likelihood that they would be top decile or top quartile by 2014.

The research clearly demonstrates that long-termism does indeed enhance profits. That’s what both companies and investors want.

But there was also an alarming sign. The main gauge for short-termism in our survey, the Corporate Horizon Index, showed an overall trend toward short-termism during this period. Despite companies’ expressed desire to be more long-term, short-termism appears to be on the rise in the U.S.

A similar dynamic is in play in China, the world’s second-largest capital market. In 2017, CPPIB, Hillhouse and Caixin Global commissioned the first survey on corporate long-termism in China. It covered more than 180 Chinese-listed companies representing roughly a quarter of the country’s total stock market capitalization, as well as Chinese regulators, asset managers, academics and other corporate executives. We learned that, similar to their U.S. counterparts, Chinese companies are also plagued by short-term pressures and share the same desire to be more long-term.

Approximately half of the respondent companies experienced short-term pressure from their shareholders. However, more in-depth analysis of the primary sources of this pressure yielded a surprise. While institutional shareholders and retail investors ranked fourth and fifth among all sources of short-term pressure, it was Chinese companies’ executive teams and board of directors who occupied first and second place, with 72% of companies reporting pressure from their C-suite and 62% from their board of directors.

There is another critical factor at work in China. Policymakers play a significant role in the long-term vs. short-term dynamic: Around 70% of respondents reported that government policies influence the way they formulate long-term strategies. Government policies in China often have to respond to the country’s rapidly changing economic environment, and these swift and broad changes in policy can trigger corporate short-termism.

As our survey results indicate, the value of a long-term corporate perspective is not a myth, but a broad consensus is needed to make it happen. The key to long-termism lies in the hand of several stakeholders: corporate management, shareholders, institutional investors and policymakers.

For CPPIB, patient capital is the cornerstone to the value-building growth of companies and innovation. In 2013, CPPIB and McKinsey co-founded a group called Focusing Capital on the Long Term (FCLT), which has attracted many like-minded asset managers and corporations around the world, including BlackRock Inc., Dow Chemical Co. and Tata Group. Since its founding, FCLT has developed a vast toolkit containing research, published insights and guides that have become indispensable for those who want to foster long-termism in their organizations.

In a world where technology, communication and decision-making are moving faster every day, short-term pressure affects the entire business community. Privatization is one type of response, but action other than privatization is also needed. A global consensus, as well as work from all stakeholders, is the key to sustainable businesses and long-term value creation.

Suyi Kim is senior managing director and head of Asia Pacific on the Canada Pension Plan Investment Board.