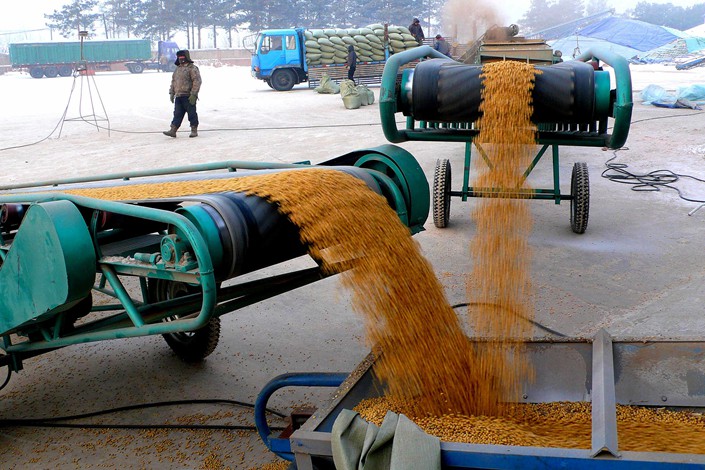 A dispute between two state-run newspapers over an interview has highlighted China’s unabated fear of genetically modified food.

“In recent years, China’s top scientific, medical and military medical research institutions have reached the conclusion that genetically modified soybeans are unsafe, so we should pay attention,” Wang Xiaoyu, deputy secretary of the Heilongjiang Soybean Association, said (link in Chinese) in an interview that appeared Thursday in the Heilongjiang Daily.

But Wang’s statements are untrue, and there is no evidence that GMO products approved for sale around the world pose safety risks, the Science and Technology Daily editorial said.

The Science and Technology Daily’s response to the Heilongjiang Daily report was the latest skirmish in a long battle between those in China who support the introduction of GMO products and those who fear their potential health effects. Heilongjiang in northeastern China, is a major soybean production region, and the country is the world’s largest consumer of soybeans.

According to the World Health Organization, GMO foods that have been approved by regulators and are currently being sold around the world “have passed safety assessments and are not likely to present risks for human health.” GMO crops, which have been altered through a gene transfer to introduce traits naturally found in other species, like pest resistance and slower spoilage, have been proposed by scientists as a way to increase the world’s food supply.

The Chinese government has supported GMO development projects, producing modified strains of rice and corn. The country also imports a substantial amount of GMO soybeans each year, mostly for use in animal feed and vegetable oil. But the entry of these products into the massive Chinese market and onto Chinese farms has faced significant pushback, especially from the public.

The Chinese public continues to be wary of the products, thanks to longstanding food safety fears rooted in the country’s history of food scandals. Only 11.9% of Chinese respondents to a 2018 survey had positive views of GMO food. Anti-GMO articles are popular on social media, and even high-profile commentators like TV host Cui Yongyuan frequently voice anti-GMO opinions.

Public opinion of GMOs has had a major impact on policy. In 2014, the Ministry of Agriculture stopped renewing research permits for teams working on modified soy and rice, and foreign agriculture giants like Syngenta and Monsanto have faced lengthy delays in getting their GMO products approved by the Chinese government.

Only a handful of GMO crops are allowed to be cultivated within China, including Bt cotton, which was introduced in 1997. The adoption of GMO cotton with pest-resistant traits has caused a major drop in farmers’ insecticide use, according to a study published in August in U.S.-based journal the Proceedings of the National Academy of Sciences.