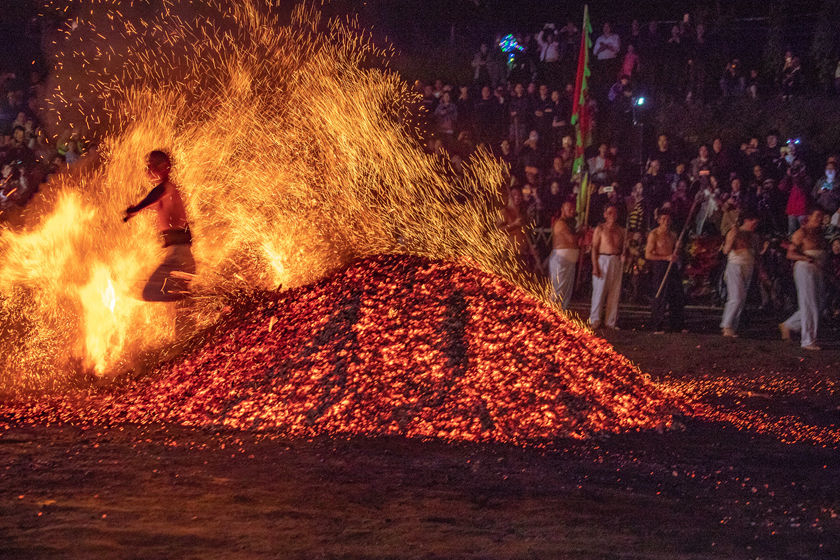 A villager walks through burning charcoal as he participates in the traditional ritual of “Lianhuo,” or “Fire Walking,” in Pan’an county of Jinhua city, East China’s Zhejiang province, on Wednesday. Photo: VCG 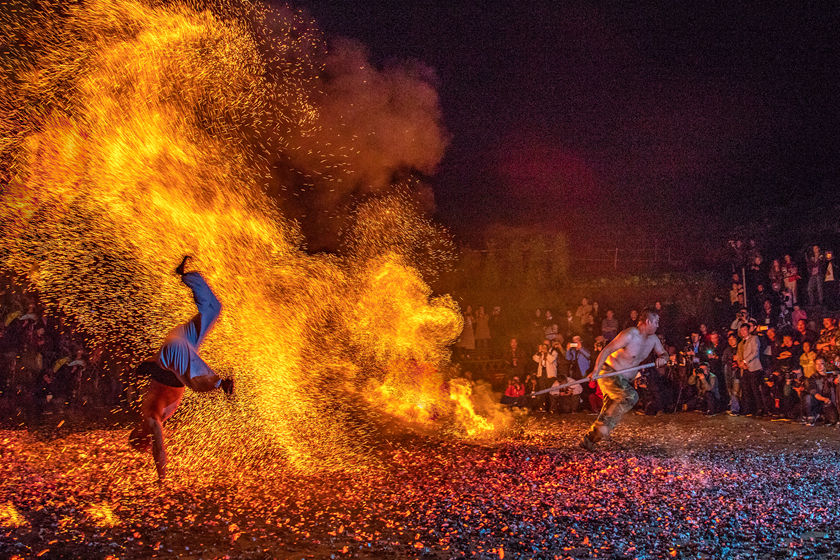 A barefoot performer tumbles over a charcoal fire during the performance. Photo: VCG 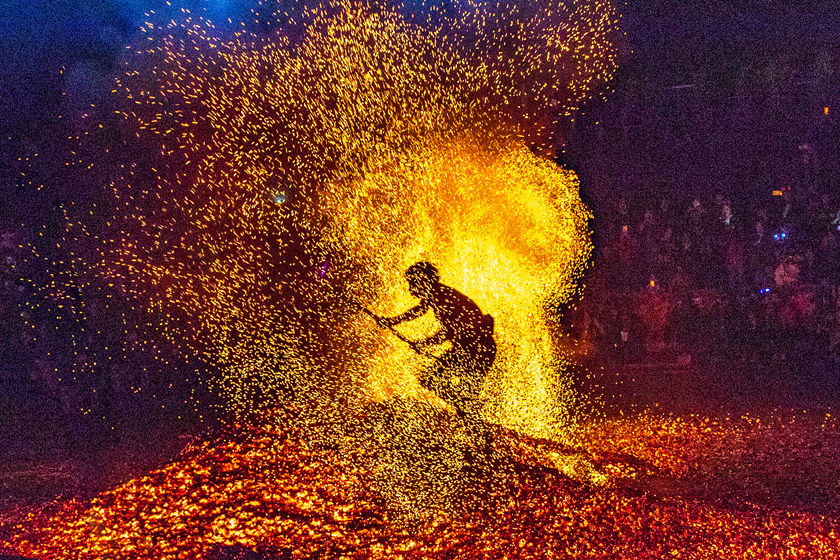 “Lianhuo,” or “Fire Walking,” is a traditional ritual that has existed thousands of years in Pan’an county in Jinhua, Zhejiang province. “Lianhuo” has also been called “Dance on hot coals” and “Game of the brave.” Photo: VCG 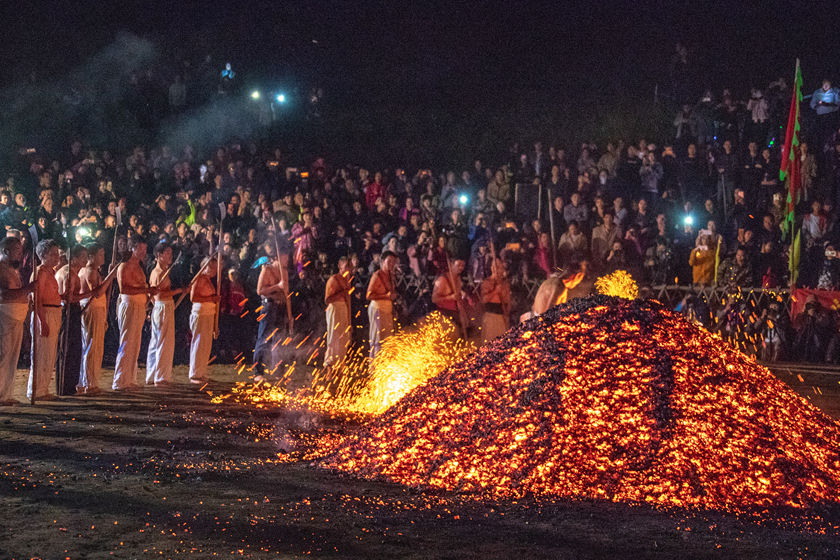 Performers stand around a fire while waiting for the fire-walking ceremony to begin. Photo: VCG 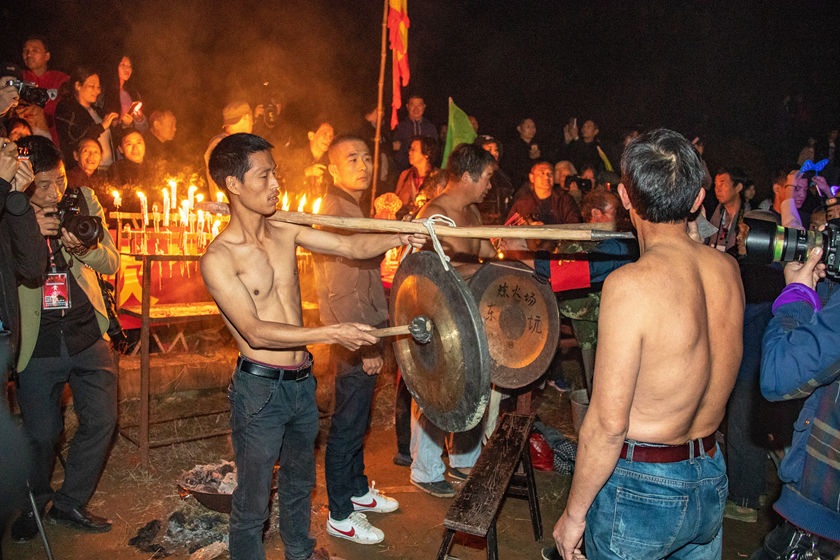 Pan’an Lianhuo is a traditional local ritual that was listed by UNESCO as an Intangible Cultural Heritage of the province in 2006. Photo: VCG