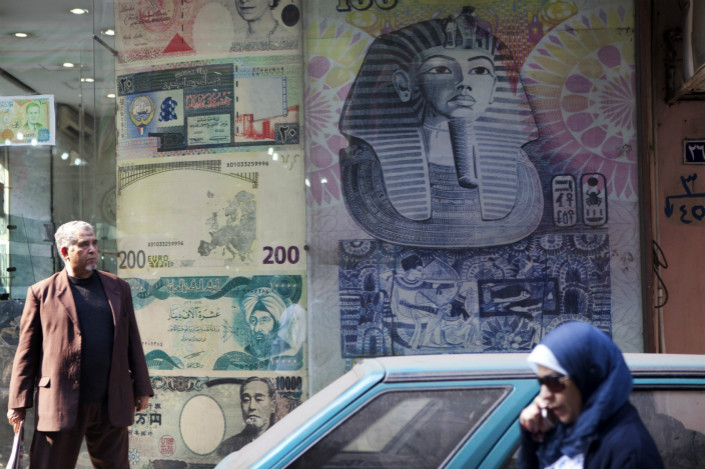 The government has sold more than $13 billion in foreign currency-denominated bonds since it lifted most currency controls, raised interest rates and cut subsidies in November 2016 to help secure a $12 billion loan from the International Monetary Fund. Its first euro-denominated bond, issued in April, was oversubscribed. As volatility in emerging markets makes investors more cautious, however, the government is looking to expand its options.

Maait visited Seoul this month, and Egypt has plans for non-deal roadshows in China, Japan, Malaysia and other Asian and European countries before the year’s out.

He said the Asian bonds would come in addition to planned euro and dollar-denominated issuances as Egypt tries to ease its reliance on the dollar.

“We want to diversify our debt instruments and currencies. We aim to have a basket of bonds in several currencies,” Maait said in a telephone interview.

Maait has previously said that Egypt plans to issue about $5 billion in international bonds during the current fiscal year, which ends in June. Asked about its plans, he said the size of the issuances, the currencies and the exact timings had yet to be finalized.

“Asian countries have certain requirements in the bonds’ issuance prospectus and we should meet these requirements before issuing the bonds,” he said, without expanding on what the requirements were.

Plans to seek out Asian investors are part of a broader strategy to expand borrowing options and reduce the burden of growing debt servicing costs on the budget.

Demand for Egyptian domestic debt fell this year as volatility swept through emerging markets. At least $7 billion flowed out of local treasury bonds in the five months from the end of March.

Faltering demand spurred an increase in yields across the board and the country is seeking to minimize its borrowing costs by relying more on longer term international bonds than expensive treasuries.

In an effort to attract more inflows from overseas institutional investors into its local debt market, the government is also in talks with Belgium-based Euroclear to settle its domestic debt transactions and hopes to approach JPMorgan Chase & Co. for inclusion in its emerging-market bond indexes.