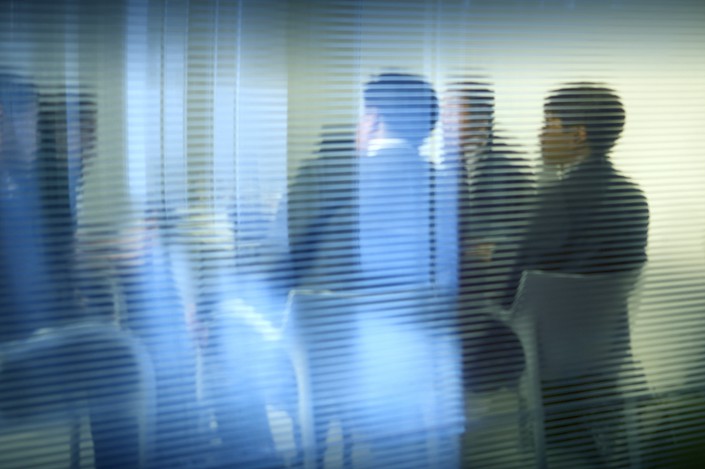 For several years, China has had a high rate of “abnormal deaths” of officials at the departmental and provincial levels. Photo: VCG

Add another name to the list of Chinese officials who have died in unusual circumstances. According to the State Council Office of Hong Kong and Macau Affairs, Zheng Xiaosong, director of the Macau Liaison Office, committed suicide on Saturday evening by jumping off the residential building where he lived. He was suffering from depression, according to a statement released by the liaison office. Zheng was 59.

According to the public report, Zheng Xiaosong had met with Shi Jialun, the chairman and representative of a think tank, on Friday morning to congratulate him on the founding of the organization. His death comes days before Wednesday’s opening of the Hong Kong-Zhuhai-Macau Bridge.

Of the abnormal deaths since 2014, suicide is the most common reported cause — especially falling from buildings, hangings and drowning.

According CASS research, about 20 in every 100,000 people commit suicide each year. In 2016, 39 of about 8 million officials were reported to have committed suicide. That’s about five suicides per every 100,000 officials.

In some cases, such as Zheng’s, the families or colleagues of the deceased have stated previous or ongoing struggles with clinical depression, bringing the mental health of officials into the spotlight. The author of the CASS report estimated that the rate of depression among officials could be at least 50%.

According to official reports and relatives, a number of the officials who apparently committed suicide were said to have been suffering from clinical depression, such as Wang Xiaoming, the Beijing deputy Communist Party secretary who threw himself off a building in May; Hubei province transport official Ma Lihun, who jumped to his death in May 2016; Wuyi Municipal Deputy Communist Party Secretary Jiang Hongliang, who jumped off a pagoda in March 2015; Chen Baifeng, the vice mayor of the Shandong province city of Weifang, who hanged himself in June 2014; and the former president of China Railway Group, Bai Zhongren, who died in January 2014.

However, because of a lack of official transparency, there remains speculation about the true cause of such “abnormal deaths” as some are suspicious about how quickly “depression” is blamed.

Often, officials have committed suicide after retiring or while under investigation. Most notable of the latter category is Zhang Yang, a former People’s Liberation Army general and former director of the Political Work Department, who hanged himself in November, a few months after he was placed under investigation for corruption in August 2017. Last week, he was posthumously expelled from the Communist Party.

In March 2014, vice chairman of Yunnan province’s regional legislature Kong Chuizhu was hospitalized after attempting suicide. Caixin journalists discovered (link in Chinese) that he was not only implicated in the anti-corruption investigation into Shen Peiping, a fellow Yunnan official and a longtime friend of Kong, but was also HIV positive. He resigned a few months later and was reported to have died in July that year. It is unclear if his death was due to suicide or illness.